As in Mexico, discovered the tomb of Prince Mayan

According to "RIA Novosti", the German archaeologists found the tomb of the Mayan Indians in the territory of the ancient city Ushul in Mexico. The tomb is located in the state of Campeche, near the Guatemala, near the border. 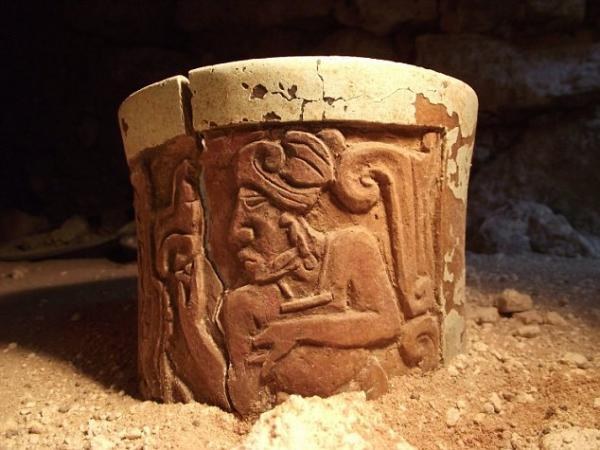 The ancient Mayans at one of the several castles of his community made a ritual burial of a man holding a high position in their society. Scientists from the University of Bonn, participating in the excavations, argue that the remains belong to a Prince from the dynasty of Calakmul. This family rule the town for several hundred years.

The entire Palace complex covers an area of 130 by 120 m. It consists of more than a dozen buildings. The ensemble erected in the time of prosperity of the above authorities the names of about 650 BC. Excavations were carried out in 2011.

But in 2012, archaeologists have been able to detect lavishly decorated tomb. He built it after after the rule of the dynasty of Calakmul around 700 ad.

The room inside of the crypt is decorated with rough stones. And the funeral chambers topped by an arch of wooden columns, which are characteristic of the Mayan civilization.

In the tomb lie the remains of a young boy. He was buried with crosses at the chest with your hands. Around his body are located ceramic household items: 5 hand painted bowls and 4 dishes. The head of the mummy was covered with tiles of ceramics where with the help of ideogram were painted with the supply of information about agricultural and natural cycles, history of Mayan culture and astronomy.

On one of the vessels, the archeologists read the inscription which in translation means: "This Cup is intended for drinking Prince." But the end of the Scriptures, according to scientists, can have two meanings: "a young man" and "Prince".

Although archaeologists believe that the word "Prince" is more appropriate in meaning, but still clearly say that the tomb buried a titled person, even for no reason.

Scientists suggest that the young man was a relative of the rulers of one of the branches, but had no right to inherit the throne. Status may indicate only the location of the tombs and ornaments of jade found in it.