Why Ksenia Sobchak and Valery feuding

The stumbling block of two celebrities -- singer Valeria and telediva Ksenia Sobchak became a politician. More precisely, the scandalous performance of the female group Pussy Riot in the Cathedral of Christ the Savior. Valery expressed his opinion on the matter and was among the enemies Sobchak, favoring a punk prayer Pussy Riot. 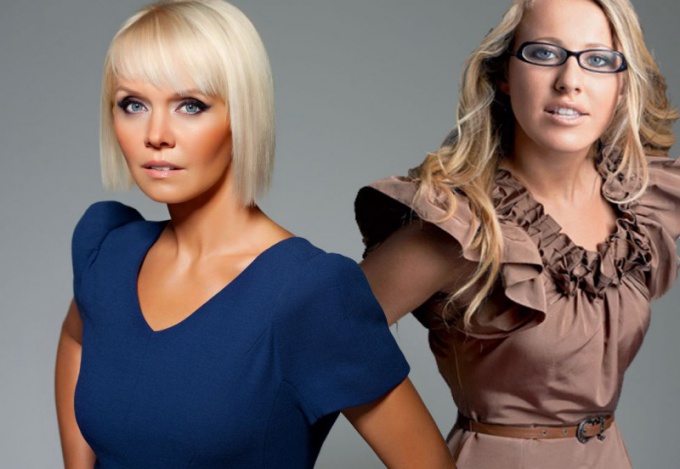 Presenter "House-2" with the experience so zealously encouraged by the speech of the feminists that under her hot hand got Valeria and Elena condemning the behavior of women in the Church. For believers, the emergence of Pussy Riot in the Holy place became a kind of insult. The open indignation of the singers Ksenia immediately responded, putting in an offensive Twitter message in which she allegedly was concerned about the mental state of Helen and Valerie, many years aspiring to international fame. As if they didn't kill himself, wrote Sobchak in his message.

Of course, her statement was not left unanswered. Valery in his polite, correct form calmed Xenia Anatolievna that she has no reason to suicidal intentions. The singer said that she is an accomplished person. In the family of Valeria also full well-being: a wonderful husband, great kids. The work also gives the singer a fun. What kind of suicide can be discussed?

As for the defender of Pussy Riot, its behavior, in particular, the position of the feminists said Valeria, it is difficult to understand. When well-fed and very wealthy people, "majors" are screaming about justice and the protection of the rights of the poor, it seems in some measure ridiculous. But on the current President, Vladimir Putin, and its work, the singer responded positively: nobody better than him can not cope with their responsibilities.

In response Sobchak in his manner continued insults on the network, drawing attention to the fact that Valeria should be grateful for leading attracted the attention of the public to the person of the singer. According to Xenia, all of who she is acting out her anger, needs to kiss her effeminate heel.

But this leading has not stopped. Further activity against Valeria manifested itself in numerous attacks on the singer. Sobchak continues to comment on the letter from Valerie, the relationship of other music stars to the scandal. But more was to follow. In one of the last posts Ksenia published a photo of Valerie, where the singer refuses to world fame.

The outcome of this skirmish Valerie and Sobchak, time will tell. But now this scandal predicted "great glory."