How to calculate the accuracy

To compare two samples drawn from the same underlying population, or two different States of one and the same set method is used student. It can be used to calculate the significance of differences, that is, to know the trustworthiness of the conducted measurements. 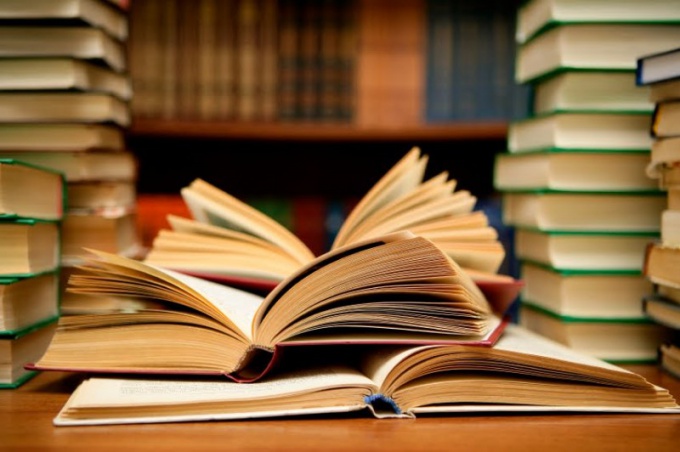 Related articles:
Instruction
1
In order to choose the right formula of reliability, determine the value of groups of samples. If the number of measurements is greater than 30, such a group would be considered large. Thus, there are three options: both groups are small, the two large groups, one small group, the second – biggest.
2
In addition, you will need to know, dependent on whether the measurement of the first group with the second measurement. If each i-th variant of the first group opposed to the i-th embodiment of the second group, they are pairwise dependent. If the options within the group can be interchanged, such groups are called groups with pairwise-independent variants.
3
For comparison of groups with pairwise-independent options (at least one of them must be big), use the formula presented in the figure. Using the formula you can find the student's criterion, it determines a confidence probability of the differences between the two groups. 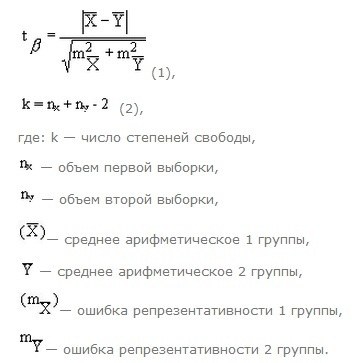 4
To determine the student's t-test for small size groups with pairwise-independent options, use another formula, it is represented in the second picture. The number of degrees of freedom is calculated in the same way as in the first case: fold the volume of the two samples and subtract the number 2.

5
To compare two small groups with pairwise-dependent results using two formulas of your choice. The number of degrees of freedom is calculated differently according to the formula k=2*(n-1). 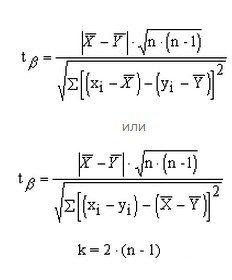 6
Next, specify confidence probability according to the table t-student's t test. In this case, note that the sample was reliable, confidence probability must be at least 95%. That is, find the first column value of the number of degrees of freedom, and the first line is a calculated student's criterion and rate, more or less, the resulting probability of 95%.
7
For example, you received t=2,3; k=73. On the table to determine a confidence probability, it is more than 95%, therefore, the differences of the samples is accurate. Another example: t=1,4; k=70. According to the table below to the minimum value for 95% confidence, k=70, t must be equal to at least of 1.98. You have the same it is less - only 1.4, so the difference of the samples unreliable.
Is the advice useful?
See also
Подписывайтесь на наш канал