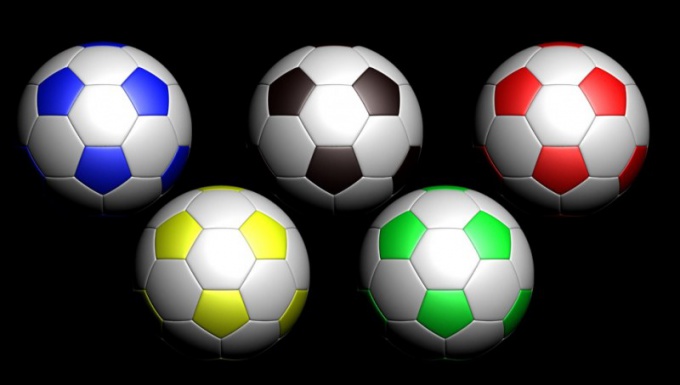 For the Olympic football tournaments is the responsibility of the international football Federation (FIFA), which was organized in 1904. Football games and two summer Olympics in Paris and St. Louis, the organization considers not official, but only the exhibition, as they were not national teams and independent club teams. So the countdown football tournament at the summer games FIFA leads from the Olympics under a third sequence number, which was held in 1908 in London.

The British were the first Olympic Champions in this sport, being the strongest in the tournament of eight teams. It is noteworthy that France in that tournament was represented by two teams - it was the only precedent in history. British football team together with the Hungarian still the most successful Olympic teams - they are three times won the gold medal. While the Brazilians, five-time world Champions in this sport, never been the first at the Olympics. It is curious that twice they were not allowed to award the players of the Soviet Union - in 1976 in Montreal the Soviet national team defeated the Brazilians in the game for bronze medal, and in 1988 in Seoul defeated them in the final game. The USSR has twice won gold awards of the Olympic football tournament and three times won the bronze medal.

According to FIFA regulations, players from the Olympic teams imposed age restrictions - every one of them, except three players must be no older than 23 years. Therefore, the Olympic tournament is not gather the strongest players and are considered less prestigious competition than the world and European Championships.

Since the XXVI summer Olympics in Atlanta, which was held in 1996, included in the program and women's football tournaments. In the past during this time, four forums were indisputable advantage of US athletes - they became three times Champions, and once in extra time yielded first place to the rivals from Norway.