Due to the increasing differences in the foreign policy of Russia and its actual refusal to support the continental trade blockade of England, the Emperor Napoleon took, as it seemed, the only solution was to unleash on Russia's military actions and force it to unconditionally follow the French policy towards England. 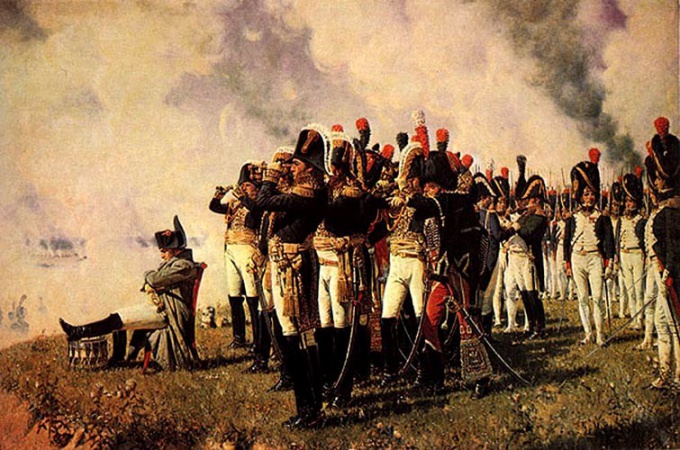 The number of the United forces of the French army to March into Russia was $ 685 000 on the border with Russia crossed over 420 000. It included troops of Prussia, Austria, Poland and the countries of the Rhine Union.

According to the results of the military campaign, Poland was to receive the territory of modern Ukraine, Belarus and part of Lithuania. Prussia departed the territory of Latvia, partly in Estonia and Lithuania. In addition, France wanted Russian assistance in the campaign against India, the former at that time the largest British colony.


On the night of June 24, new style advanced parts of the Grand army crossed the Russian border in the area of the river Neman. Guard Cossack units retreated. Alexander I made a last attempt to conclude with the French peace agreement. In a personal message to the Russian Emperor Napoleon was the requirement to clear the Russian territory. Napoleon replied to the Emperor categorically refused in an insulting manner.

Already in the beginning of the campaign the French were the first difficulties – shortages of fodder, which led to mass deaths of horses. The Russian army under the leadership of generals Barclay de Tolly and Bagration because of the large numerical advantage of the enemy was forced to retreat deep into the country, giving a General engagement. Near Smolensk 1 and 2 Russian armies have teamed up and stopped. On 16 August, Napoleon ordered an assault on Smolensk. After a fierce battle that lasted 2 days, the Russians blew up the powder magazine, set fire to Smolensk and retreated to the East.

The fall of Smolensk gave rise to murmuring the whole of Russian society on the commander-in-chief Barclay de Tolly. He was accused of treason, the surrender of the city: "the Minister leads the visitor directly to Moscow" - with malice wrote from the headquarters of Bagration to St. Petersburg. The Emperor Alexander took the decision to replace its commander in chief, General Barclay apartment. Arriving in the army on 29 August, Kutuzov, to the surprise of the whole army, gave the order to withdraw further to the East. When doing this step, Kutuzov knew that Barclay's right, Napoleon will destroy the long campaign, the remoteness of the troops from the supply bases, etc., but he knew that to abandon Moscow without a battle, his people will not allow. Therefore, on 4 September, the Russian army stopped near the village of Borodino. Now the ratio of Russian and French army was almost equal: 120,000 and 640 guns Kutuzov and 135 000 soldiers and 587 guns of Napoleon.

August 26 (September 7), 1812, according to historians, a turning point of the entire Napoleonic campaigns. The battle of Borodino lasted about 12 hours, the losses on both sides were enormous: the army of Napoleon lost about 40,000 soldiers, Kutuzov's army of approximately 45,000. Despite the fact that the French managed to push back the Russian troops and Kutuzov was forced to retreat to Moscow, the battle of Borodino was not actually lost.

1 September 1812 was a Council of war in Fili, where Kutuzov took the responsibility and ordered the generals to leave Moscow without a fight and retreat on the Ryazan road. The next day the French army entered an empty Moscow. At night, the Russian saboteurs set fire to the town. Napoleon had to leave the Kremlin and give orders to partially withdraw troops from the city. A few days Moscow burned almost to the ground.

Guerrilla units, led by commanders Davydov, Figner and others, destroyed food warehouses, intercepted the convoys of fodder in the way of the French. In Napoleon's army began a hunger. Kutuzov's army turned from Ryazan areas and blocked the approach to the Old Kaluga road on which I was supposed to go Napoleon. Worked brilliant so Kutuzov's plan to force the French to retreat along the Old Smolensk road".

Exhausted by the coming winter, hunger, loss of guns and horses, the Grand army suffered a crushing defeat at Vyazma November 3, during which the French lost about 20 thousand people. In the ensuing November 26, the Battle of Berezina Napoleon's army decreased by 22 000. 14 December 1812 the remnants of the Grand army crossed the Niemen, and then retreated to Prussia. Thus, the Patriotic war of 1812 ended with a crushing defeat of the army of Napoleon Bonaparte.