When there is poplar fluff

The question of when there is poplar fluff, worries many people. And it is not connected with the fact that they get excited sight when in early summer the streets of the cities sweeping blizzards of white fluffy seeds, poplar, similar to snowflakes. The interest of people is associated with Allergy, which affects many, and which begins simultaneously with the appearance of fluff. 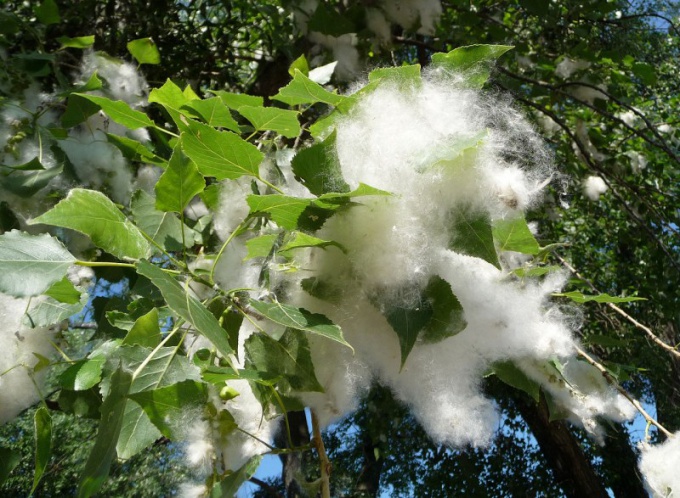 In fact the Allergy is not the fluff of the poplars, and the pollen of different plants flowering at the same time, the carrier of which it is. In different regions of Russia, the dates of commencement of flowering of poplars may be different. So, in the southern cities of Novorossiysk and Gelendzhik poplar blooms in late may in Moscow the Pooh on the streets, there by the middle of June, in the Northern Urals – the beginning of July.


Doctors say that suffer particularly from allergies, triggered by the poplar fluff, residents of large cities. Apparently, this is due to the large number of trees in this category are growing on the streets. Poplar was used extensively to create green spaces due to its fast growth rate – in 10 years after planting of sapling grows a full tree that gives shade. The poplar foliage provides a perfect filter for the city air filled with harmful substances from exhaust gases. Topol releases oxygen and absorbs carbon dioxide is ten times harder than trees of other species.


Only recently, the utilities have stopped planting female trees, which are the source of down attacks, now used for landing only "harmless" male plants. However, in some circumstances, this tree is able to have a sex change, releasing the spring green buds of the female type. To prevent flowering, in early spring the crowns of the poplar trees ruthlessly pruned.


As soon as the first signs of an allergic reaction, contact your healthcare professional to find out the pollen of some plants, portable poplar fluff to you - irritates mucous membranes, causes excessive watery eyes and even conjunctivitis. The most reliable are run scratch tests. Of course, you will not be able to completely get rid of seasonal allergies, but using preventative and protective methods can try to reduce the manifestation of symptoms.


If you dread the season of flowering poplar, the experience will help his diet. Eliminate from your diet celery, carrots and, oddly enough, oatmeal. Limit consumption of carbohydrate-containing foods: cakes, sweet drinks, especially soda. Try less to be in the streets regularly at home wet cleaning, rinse the throat and nasopharynx of treated sea water, which is sold in pharmacies.