How goes Aeroexpress to Sheremetyevo

The most convenient, though not the cheapest way to get to Sheremetyevo airport Aeroexpress. He goes on time, no delays, the train cars are very comfortable and equipped with toilets and Luggage departments. The only drawback is the long break in driving at night. 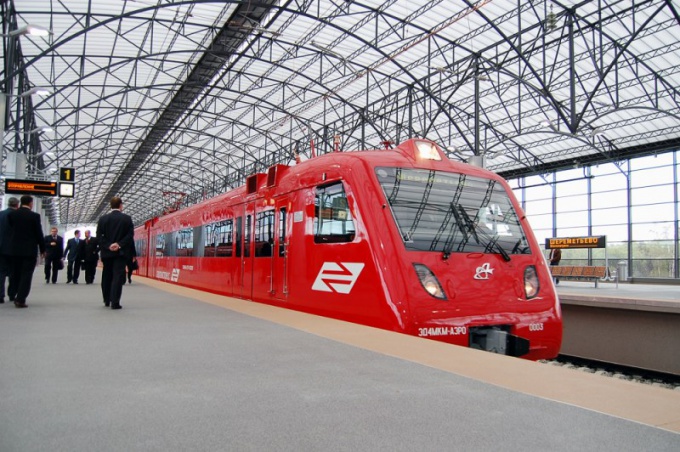 Related articles:
Instruction
1
Check timetables on the official website Aeroexpress.ru. Compositions followed daily from the platform of the Belarusian station, on holidays and weekends, the schedule is not changing. The first Aeroexpress train departs before the opening of the metro at 5.30 am, to 12.30 PM interval is half an hour after the break, the Express leaves at 13.30. The last train leaving from Moscow to Sheremetyevo airport at 0.30. The journey time is 35 minutes, the delay is unlikely.
2
Note that the Aeroexpress train arrives at a platform of the Sheremetyevo, located near terminals E and F, to terminal D can be reached on foot via a pedestrian gallery. To get to the terminals A and b, you will need to take public transportation stop is located to the right in the direction of motion of the Express train. Between the buildings there are free shuttles, the fare is free with a ticket. Journey time is about 20 minutes, but keep in mind that even on such a short stretch of track traffic jams, so plan your travel with time to spare.
3
Aeroexpress tickets can be purchased at a separate ticket office, Belorussky, Kievsky and Paveletsky railway stations, on the website Aeroexpress.ru in the airports Sheremetyevo, Domodedovo and Vnukovo. Keep in mind that the round trip ticket is cheaper than two separate travel document. Don't forget to save it before the end of the trip because during the trip are controlled, and the output is through automatic turnstiles.
4
Keep in mind that passengers flying from Sheremetyevo aircraft of Air France and KLM, have the opportunity to register for your flight on the territory of the Belarusian station, which allows to reduce the stay in the airport. To do this, find self check-in kiosks in the station building and enter the data about the passengers.
Is the advice useful?
See also
Подписывайтесь на наш канал