How to put in place subordinate

With the issue of the relationship with subordinates usually face those who first received under his leadership team. If you are much younger than their employees and do not have the same experience as them, but your education will make you a leader, the problems with the team you can not avoid. Certainly, many of your subordinates would simply try to "sit on the neck" and it is reflected in frequent delay or disregard of their duties. Such subordinates, you need to put in place. 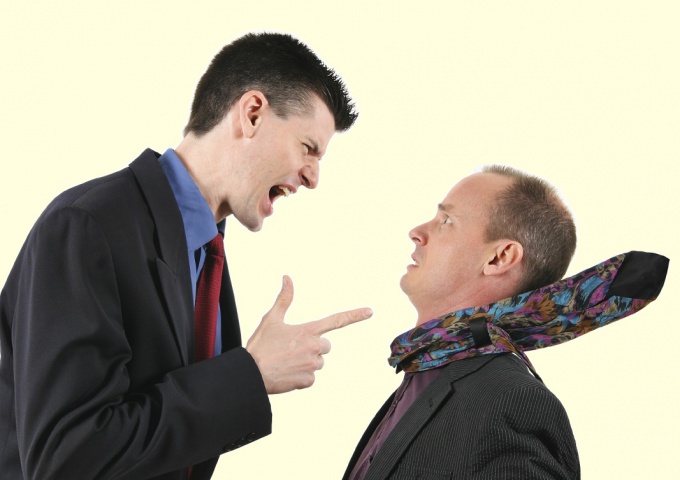 Related articles:
Instruction
1
Never raise your voice, using his higher position. To do this, you will be enough that the administrative resource that you have.
2
First, determine for each member of your staff duties and responsibilities, approve their order, print out and become familiar each under the painting. Issue an order, under which employees are responsible for the performance of official duties for those members of staff who are absent due to illness or other valid reason. Those who abuse sick leave, and now his absence will bring your colleagues, who will perform the work for them.
3
Set the time allowed for being late to work, taking into account unforeseen circumstances, let it be 10 – 20 minutes. Delay beyond this time must be accompanied by explanatory. If they happen being late too often with vague explanations, you will have the full right to reprimand and reduction or the withdrawal of material incentives.
4
If your organization has not recorded the arrival and departure of employees on the magnetic card, the insert in his Department timesheet arrival and departure of employees, and periodically check it for control.
5
In that case, if your employees ask for leave from work, fix all cases by means of statements or memos. They don't predtavlyaetsya, but to serve for you, the reason to reduce the award if it manifestly abused.
6
To shift the responsibility for the neglect of the employee in their duties for the whole team, it makes sense weekly or monthly holding planning meetings. They will be given the analysis of the work performed, assign responsibilities and draw up a plan for the next period. In that case, if someone neglects their duties, it will be noticeable to all the staff, and the public condemnation of the acts, at times, much stronger than the reprimand of the chief.
Note
If you believe in yourself and remain calm, stop all sorts of insults – they no longer make sense. No one is obliged to tolerate rudeness, so when the next attack put the head in place. In any case it is impossible to act according to the principle of "fool!", responding to unfair accusations or even obscene expressions of the chief of insults.
Useful advice
How to "put in place" high-handed boss (Methods of confrontation of the heads of the tyrants). The heads are different: smart and stupid, good and evil, cunning and not. Further, you acknowledge that You have made a mistake, I'm sorry about that and next time be more careful. Then add that Your boss (boss) says in a rather harsh tone, and You don't see the need for it. Second, it is best to sort things out with the head in a private atmosphere.
Is the advice useful?
See also
Присоединяйтесь к нам
New advices