How to install a hood in the kitchen

Have another kitchen renovation. Inspection of the upcoming scope of work is depressing: the ceiling over the gas cooker has a yellowish color, oily to the touch; the curtain on the window, near to the plate, different from that removed from it (for color and smell). It is urgent to install the hood, and then taken for repairs. 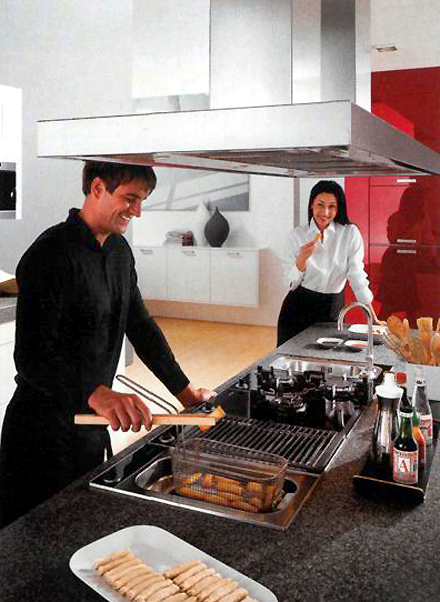 Related articles:
You will need
Instruction
1
In the goods market – an abundance of different models. But first, select the ones that suit you the dimensions of the plate (for example, 60cm x 60cm four burner gas stove). Among them choose the model that suits you in color and form to the design of the kitchen. Ask about built-in functions and capacity for future acquisitions.
2
The choice is made, the hood taken home. Check its integrity, the turbine and lighting. Everything is normal, it is time to begin installation. Usually, it can be used as recirculation air through a carbon filter) and for the forced removal of vapors and odors through the ventilation system. The choice of mode exhaust is a simple turn of a switch. The most efficient extractor can work only in case if the house has a good ventilation system.
3
The first step to fix the hood on the wall. Mark the mounting location so that the distance from the surface plate to the hood was not less than 75 cm. Using a drill, special tubes and 4 screws, fasten the cooker hood on the wall at the intended line. Carbon filters are installed by default and no further action is required. For them the installation is complete. If you use a forced ventilation system, activated carbon filters, remove, and use them only when necessary.
4
When connecting the hood to the ventilation system, before its mounting on the wall, install the cover on the hole in the hull, which will not be used. On the other hole, which will be connected a hose, install a plastic cylinder with non-return valve. It is made in the form of cut circle to mount the halves on the axes. When you turn on the turbine halves will rise under the action of the air flow, and when turned off, under its own weight, will fall into place and cut off the external network. This is necessary in order to protect the room from drafts and dust. On a plastic cylinder with non-return valve fasten the corrugated aluminum hose and fasten it with the clamp. The second end of the hose in a similar way to fasten pre-assembled duct. The duct runs from a pipe with a diameter slightly less than the diameter of the corrugations of the hose and is fixed on the wall brackets or special long screws. Connect the duct directly to the vent well can be done with the help of a G-shaped nozzle, which is installed in the hole of the well and is sealed with plaster.
5
Plug the hood into an electrical outlet. Socket (grounded) it is desirable to establish in close proximity to the hood and used only for her. All here and ready to work. Clean air to you!
Is the advice useful?
Подписывайтесь на наш канал