How to draw a tank

The boys love to draw a different technique: cars, trucks, tractors, airplanes, ships, tanks. Girls are usually portrayed on his drawings of funny animals, princesses, fabulous fairies. But there are situations when even the little lady need to draw something boyish, for example, a greeting card on February 23 beloved father and grandfather. To portray the stars, the eternal flame and cloves (favorite characters of the day of Defender of the Fatherland) will most girls. But to draw the tank under the force of each baby. 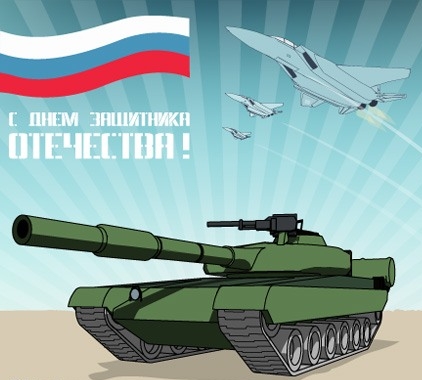 Related articles:
Instruction
1
First, on a sheet of paper you have to draw a long trapezoid with rounded corners. The wide part of it should be on top. 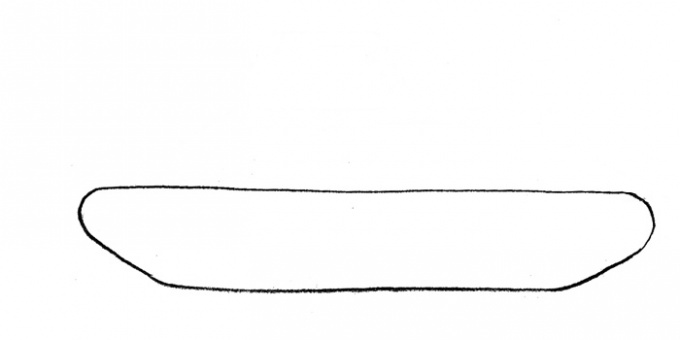 2
Then on top of the resulting figure you want to draw one long-line that is smaller. 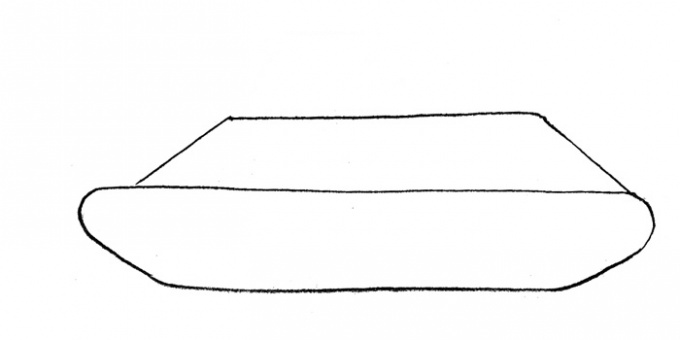 3
It should depict the third figure, again a trapezoid, only a little. 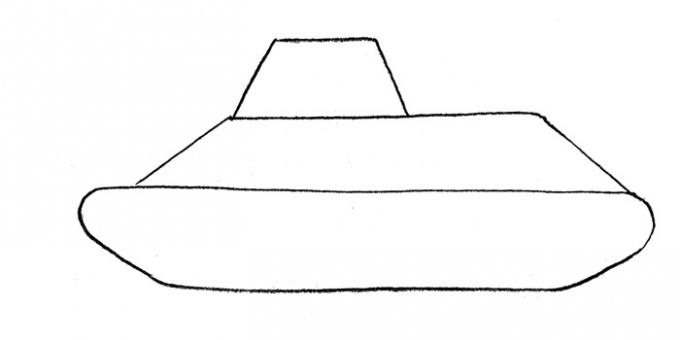 4
Next you need to show a small distance between all three parts of the future tank. 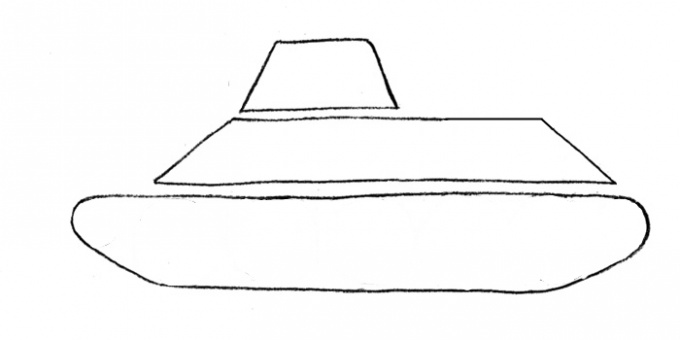 5
Now the bottom, the long, figure you need to fill in a few circles. Two of them should get a little less than the others. 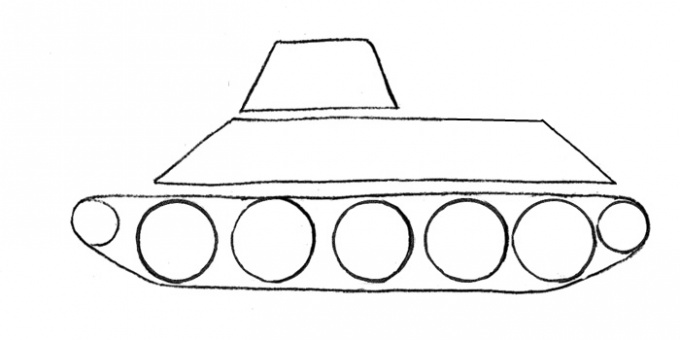 6
On the right side of the trapezoid, which is located in the middle, you must draw a small rectangle. Also the lower side of the same trapezoid that is part of the tank, should be extended, and the ends to bend down. 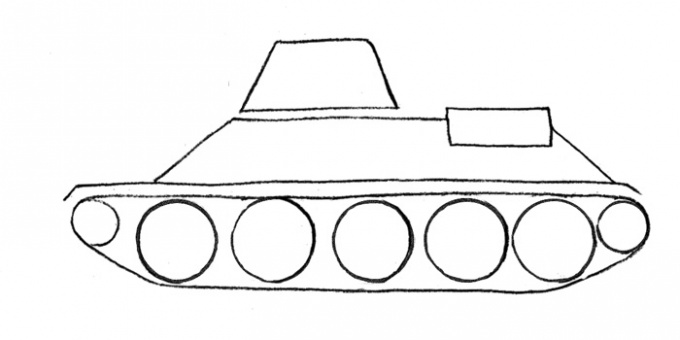 7
Next, on the top of the military machine necessary to show the long gun of the tank, located on a semicircular base. 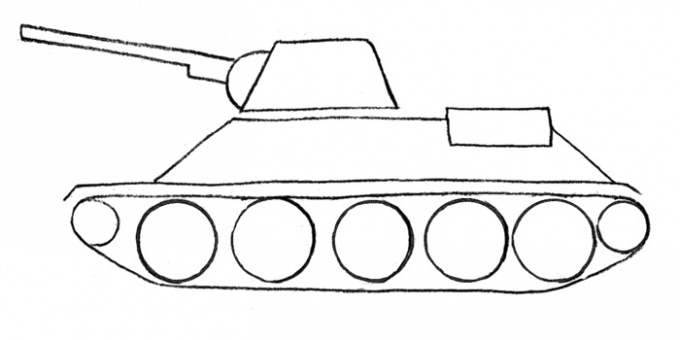 8
Now it's time to draw a caterpillar tank. It is composed of a round wheel and the chain uniting them in one piece. 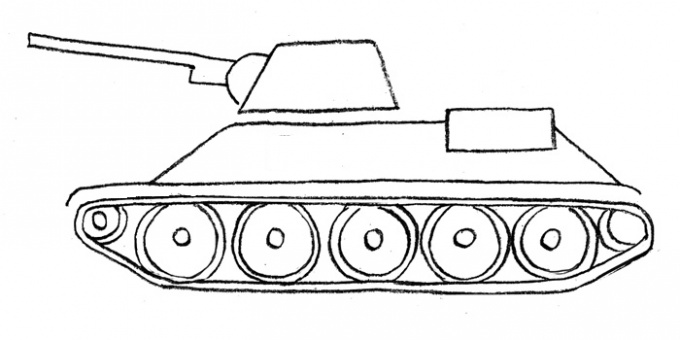 9
Parts, a lower side middle of the hull of the tank, it should thicken. 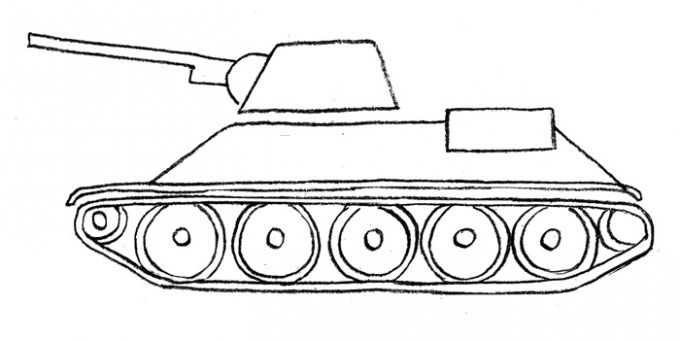 10
The upper and middle of the trapezoid need to connect two straight short lines. 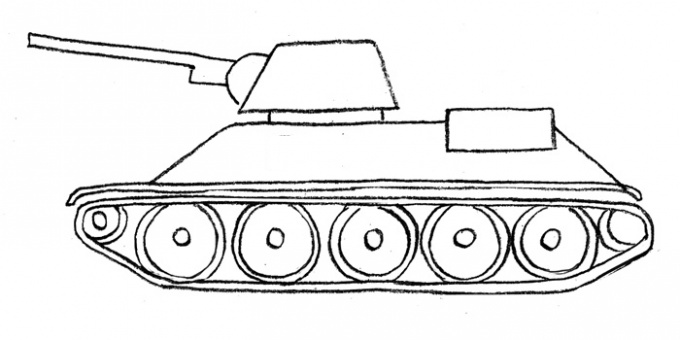 11
Located in the middle of the trapezoid (the tank) need to draw a couple of small rectangular parts (covers). They close the access to the complex mechanisms of the tank. Front military machine should be added a small round flashlight, and the box on the right side of the tank, you need to draw the straps. The drawing is ready. 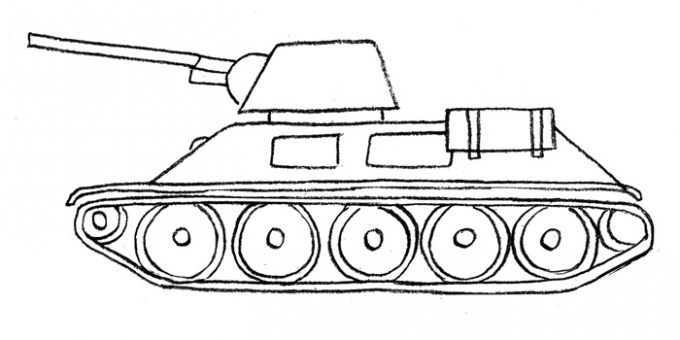 12
Paint war machine can be gray or green. The tank can't hurt, and elements of military symbolism such as red stars on its body. 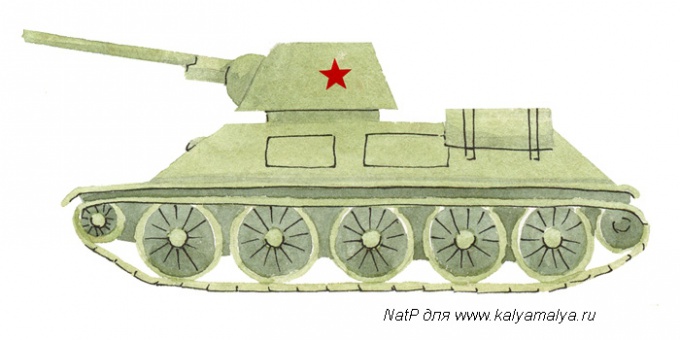 Note
Now you will learn how to draw a tank. Step 1. To draw the tank will start with the caterpillar. Draw a square and the sides are triangles with rounded sides. Step 2. Now, smooth our edges. Step 3. Inside draw the same line. They should be parallel. Step 4. Draw the wheels. Draw two circles left and right and small circles inside of them.
Useful advice
How to draw a tank pencil. STEP 1. So, begin with a sketch of the shape of the tank, this can take the help of the ruler. Draw a hatch that helps the soldiers to get out of the tank. (In the last lesson we drew is already a soldier, a helicopter and an AK-47 for those who like to draw military equipment recommended!) STEP 3. Then make a drawing of the projectile, which shoots a tank.
Is the advice useful?
Присоединяйтесь к нам
New advices