How to draw Japanese girl

Japanese culture implicitly affects the whole world. Clothes we wear Japanese style, prepare their apartment in Japanese style, watching Japanese anime, and is used in the speech of Japanese words. The whole Japanese culture is imbued with deep symbolism, which has a mesmerizing effect on our consciousness. Japanese painting has its own strict standards that must be followed if you really want to create expressive Japanese. 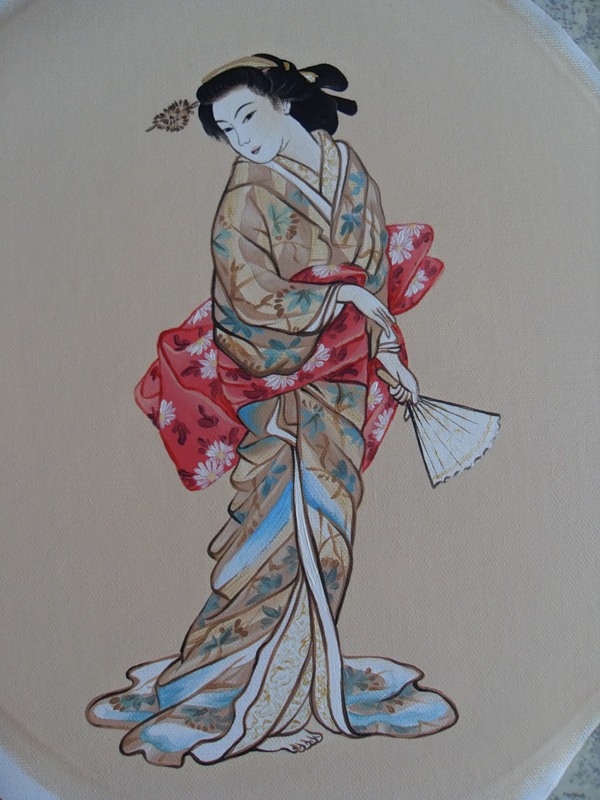 Related articles:
You will need
Instruction
1
Draw a figure of a woman in a kimono. Kimono is a Japanese traditional women's garment looks like a dress robe, with wide and long sleeves.
2
Paint kimono in the traditional Japanese style, using multiple colors and shading items of clothing to their mix.
3
Kimono should be written in such a way that the woman in it looked like an exotic flower, almost ethereal, graceful and refined. Therefore, make traditional clothing for special emphasis.
4
Draw a female head on a thin, fragile neck, topped with luxurious black hair, gathered in a traditional Japanese bun. Hair must be stuck at least by traditional Japanese hairpins-hairpins.
5
Draw Japanese eyes, similar in shape to a small dark fish, mouth in the shape of a petal and raised her eyebrows.
Note
Drawing a Japanese woman, you should not focus on Russian traditions in painting. Start your drawing with the dress, making the rest of the pieces are secondary.
Useful advice
The image of Japanese women is created with the help of facial features and hairstyles, movements and shapes.
Is the advice useful?
See also
Присоединяйтесь к нам
New advices