How to translate in decimal system binary number

Binary or binary numeral system is used to display electronic information. Any number can be written in binary. The binary system is used in all computers. Each entry in them is coded according to certain rules using a set of two symbols: 0 and 1. To translate a binary number into its decimal representation, more convenient for the user by using the developed algorithm. 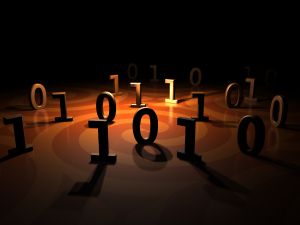 Related articles:
Instruction
1
Write down the binary representation of the number on the paper. The number must be eight digits. If signs are missing, add the number to the left the necessary number of zeros to a total of 8 digits.

2
Imagine the number as a record of the amount of degrees the base 2. To do this, all eight digits are sequentially multiplied by the number 2 raised to the power. The degree must correspond to the category numbers. The discharge is from the ground up, starting with the youngest, the rightmost characters of the binary number. All eight works composed in record amount.

3
Calculate the resulting expression. The result of the sum will correspond to the original binary number represented in decimal.