How to calculate the wedding date

All young couples who are going to tie the knot, want to live in marriage happily ever after. Therefore, great importance to the bride and groom give the selected date of the wedding. I feel that the day was not only Sunny and rain, but also favorable in all respects. That is why the date is chosen in advance, taking into account all possible conditions, including weather. psychological and even astrological. 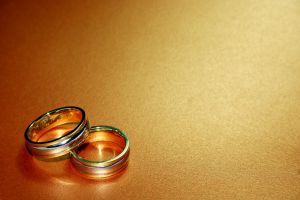 Related articles:
Instruction
1
To calculate the auspicious date for their own wedding can be at specialized sites of astrology on the Internet. To do this, enter the year, month and date of birth of the bride and groom, their names and approximate month in which malorie would like to arrange their celebration. Usually astrological calendar gives the optimal dates for the next few months. Some astrologers suggest to combine this method with the lunar calendar, to see what zodiac sign the moon will be in the day of the alleged marriage (marriage).
2
If you are interested in their own auspicious wedding not from the point of view of astrology, refer to worldly concerns. For starters, check with the relatives, if the days of mourning in your family in the month when you are going to play a wedding. This day should only be associated with a joyful event, not the anniversary of the death of great-uncle. Then key external ask whether they will be able to attend. This is especially true of those who organize the wedding in the summer, in the holiday season, or in a major Russian holidays such as Christmas or may. Finally, think about what the weather should be in your area on the day of celebration. View long-term recall whether it was raining or cold at the same time in previous years.
3
When planning a wedding, consider the traditions of their religion. If you are a Christian and are going to get married after marriage in a registry office, remember that in a post do not. And fast days of the year, as you know, more than napotnik, therefore, favorable from the point of view of the Church date it is necessary to choose ahead of time, armed with the Church calendar. The longest lasts a Great post (carnival and Easter), so the marriage in March-April soon be forgotten. The easiest way to find the optimal date , along with the priest. Most likely, he will offer nepolnye day, which is also the day of some significant Orthodox Saint. This Saint then becomes the Keeper of your marriage.
4
If you do not follow the tenets of Christianity, but believe in omens, and refer to them. In Russia izdavna was believed that the best time for weddings - early autumn. Those who married in September, the popular rumor was promised a peaceful and joyful life. But to get married in may not recommended that "all life is not to suffer". Other signs: wedding in June promises a long marriage in July and a lot of joys and sorrows "in one bottle". One of the hallmarks of the new time - about what to marry it is necessary in dates with the same numbers. For example, 11. 11. 2011. However, the experience of previous years shows that according to the national statistics, many couples who married in these days, they are now divorced.
5
Astrologers strongly advise you to marry on the day of a lunar Eclipse. But marriages played "the growing moon", on the contrary, are considered successful. If the appointed date the moon will be in Pisces, Taurus, Sagittarius or Gemini, this is a very good sign for the future joint life of the spouses. Finding the moon in all the other signs of the zodiac may be the cause of the failed Union, say the adherents of astrology.
Is the advice useful?
See also
Подписывайтесь на наш канал