How to teach a child to pronounce the letters

The period in which children learn to talk, are very important both for them and for the parents, which largely depends on how well the child will pronounce the letters and sounds. Often with some letters the children have problems – for example, many kids do not pronounce the letter R, and have difficulty with whistling and hissing letters. You can help the child in understanding the correct pronunciation of difficult letters. 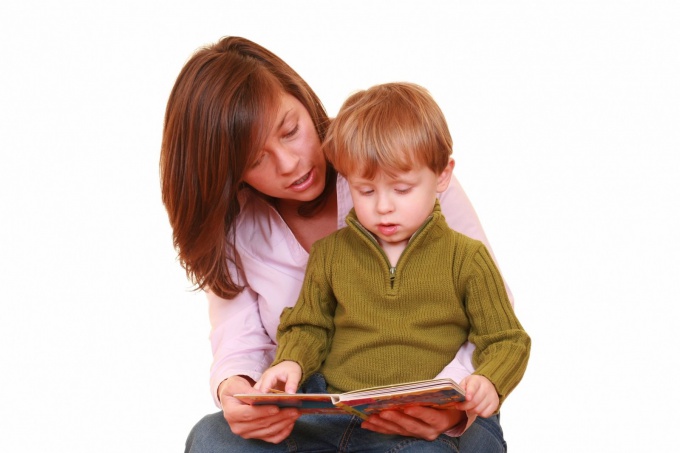 Related articles:
Instruction
1
Five to six years language skills of the child, as a rule, already completely formed, and therefore, until that age you need to pay special attention to the pronunciation of the child.
2
Exercise with your baby – give him the job on the correct pronunciation of certain letters, as well as on the development of the muscles of articulation and language. Classes are taken in the form of a game, so that was interesting to the child.
3
To perform articulation gymnastics put child comfortable in front of the mirror and sit, so that is also reflected in it.
4
Make a child the first exercise previously showing him by example, and ask them to repeat. Open your mouth wide and put the tip of the tongue on the edge of the front teeth.
5
The child should repeat the motion and hold the tip of the tongue on the teeth for 10-15 seconds. After that he can rest, and then perform the exercise 2-3 more times. Through this exercise, the child stretches hyoid ligament, which helps in the pronunciation of difficult sounds.
6
Correct pronunciation of the letter R will help exercise, during which the child must open your mouth wide and Bob the tip of the tongue on the ridge behind the upper teeth. Simultaneously with the strokes of the language, ask the child to say a sound D.
7
The child must repeat the movement with the sound "d-d-d 20 seconds, and then he can rest. This exercise prepares a child to the pronunciation of the letters R – so offer after his baby to roar and pretend to be a lion or a dog, saying "rrrr".
8
After a while you will notice an improvement in the pronunciation of the child.
Note
Learn how to pronounce certain letters the children can be very difficult. Such letters often include R, l, and S. the Letter R is considered to be the most difficult, and in some cases children can learn to pronounce it until 5 years. If you don't see any improvement in the speech of your kid, it's time to think about how to teach a child the letter R.
Useful advice
If you are diligent engaged with the child, but attempts to teach him to pronounce the letter R has not reached the desired effect, then be sure to seek the advice of a speech therapist. First, a specialist can pinpoint the cause, from which the child turns the sound to pronounce. Small children pronounce the letter R in different ways.
Is the advice useful?
See also
Присоединяйтесь к нам
New advices