How to weave baubles of thread for beginners

Despite the fact that the stores can be purchased in our days any jewelry like jewelry, and inexpensive, but attractive jewelry, many girls prefer jewelry created with their own hands. Such decorations immediately catch the attention of others, gives its owner more personality. A popular and easy way to adorn yourself is making friendship bracelets. To weave a simple and striking bracelet is easy – with a little effort you can quickly learn the art of weaving, and further improved in the more complex weaving of bracelets. 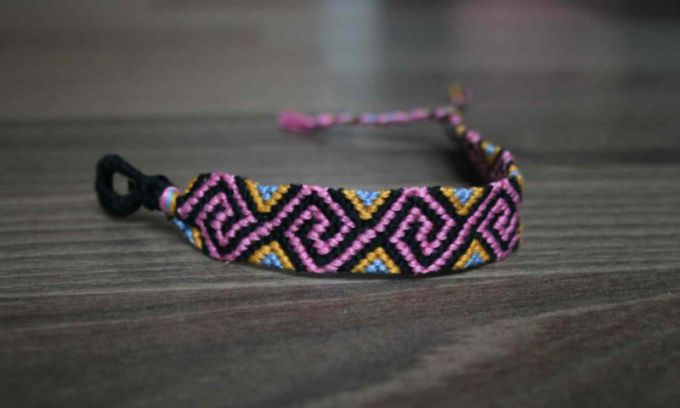 Related articles:
You will need
Instruction
1
Take a pair of scissors, a safety pin, sewing pins for the dissolution of the knots, and embroidery floss in the desired color.
2
Start with weaving baubles of two or three colors. The length of each filament should be at least 100 cm, if you make the string match the circumference of your wrist.
3
To weave baubles of thread can be both direct and oblique weave, which is most widespread among modern needlewomen.
4
Take 2 strands each of three colors (e.g. red, white and black) – only you should have six strands, linked on the end in a knot. In a bundle, insert the pin and attach it to the base for further work. The ends of the threads behind the knot braid to braid.
5
Left thread tie a double knot around following it to the right thread. After second strand tie a double knot third, then fourth and continue until you reach the end of the row. The left thread will be moved to the right.
6
Go to the thread which was now the extreme left, and repeat the twining of a number of double knots, left to right. You should get slanted lines knots – two rows of red knots, the two rows of white, two rows of black. Once all three colors are woven, you'll see that two red threads, at the beginning of the work, was left.
7
Continue to braid by the described technology, yet the thread will not end, and the string will not obtain the desired length. Tie the end knot and weave the braid.
8
In the future you will be able to improve your technique and to weave more complex patterns than the simple diagonal stripes – herringbone, diamonds, and more.
Note
Note that a process such as making friendship bracelets out of thread starts of the two or three flower.
Useful advice
Every thread of the floss should have a length of over 100 cm In this case, the finished bracelet will match the girth of the wrist.
Is the advice useful?
See also
Подписывайтесь на наш канал