How to make the deed for money

Deed – grant deed of gift by which a person transfers or agrees to transfer subsequently movable and immovable property, securities or money. If the subject of the contract is money, the state registration of the transaction is not required. To enter the money you can and without the presence of a notary. 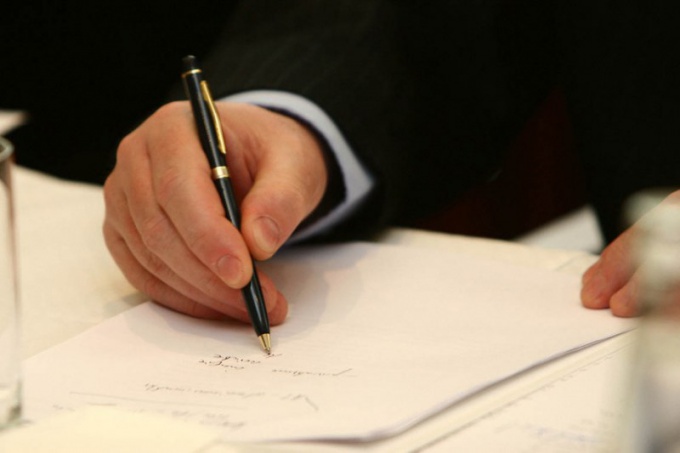 Related articles:
Instruction
1
The law says that money is property value, as well as securities can be the subject of a contract of donation. Article 574 of the Civil code it follows that it may be concluded both orally and in writing. Oral presentation on the money is the real gift, which is accompanied by a transfer of funds in the hands of the donee. A party to the contract of donation can be any subject of civil law, including citizens and legal persons.
2
In the case when we are talking about the amount of money you have the right to verbally certify its decision to transfer them in the presence of the three persons and send them to bestow upon witnesses. Note that the agreement bestows a prerequisite. In addition, if the amount of money is large enough, you can attach to it the documents confirming their origin.
3
When, by mutual agreement with the person to whom you want to give money, you decide that it is necessary, conclude an agreement of donation in writing. A written gift agreement, you can notarize, but not required by law to do so to the persons involved in the transaction.
4
If you will draw up a written deed to money without a notary, make a contract in two copies and put on it two signatures of the donor and the donee. Confirmation of the transaction will be an act of acceptance-transfer of money, which will have two signatures.
5
The presence of a notary may be required when the amount is large enough or may be the subject of a property dispute. When the deal attracted by the notary, the documents are made in triplicate, and their signatures on the contract and the act you put down in the presence of a lawyer. The third signature on the documents as his witness.
Note
Note that it is impossible to make the deed to the money if it provides for the transfer of this sum after the death of the donor (section 3 of article 572 of the civil code). In this case the gift will be issued in the form of the will.
Is the advice useful?
See also
Присоединяйтесь к нам
New advices