How to break in the engine after overhaul

When major engine repairs are replacement of some parts. The surface always has microscopic irregularities that are smoothed out when the engine is running. To extra earnings of the replaced parts of the car engine was successful, the machine requires running-in. 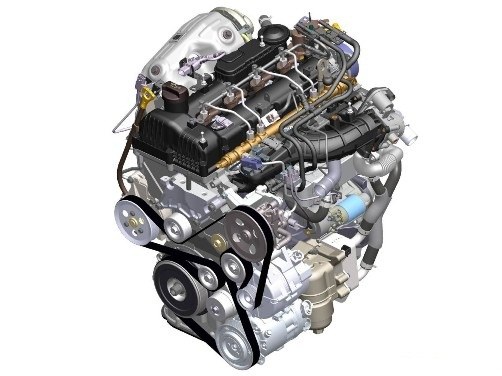 Related articles:
You will need
Instruction
1
To fully use the resource of the car engine, in good faith, follow all recommendations for the running of the engine, last overhaul.
2
Remember the basic: run-in should be uniform. During the first two or three thousand kilometers, the engine is contraindicated sudden acceleration and braking. Therefore, to run the car better not in city traffic and on long highway free.
3
When friction parts work, they are too hot. So objetivity the motor after repair at lower loads. During the first 500 km do not allow revving the engine above 2500 per minute.
4
The next 2000 km limit the revs to three thousand per minute.
5
Dial the engine slowly. Do not press the accelerator pedal deeper than a third of its freewheel.
6
Not to drop in on ascent to high gear in low, less than one and a half thousand rpm.
7
Do not overload the vehicle. Don't carry more than 2-3 passengers.
8
Do not tow another vehicle, do not carry a trailer.
9
Run the engine only with the starter. Do not start the engine when towing or rolling.
10
Do not overheat the engine. If sensor temperature exceeds 105оС, turn off the car. Let it cool down before you continue driving.
11
Daily monitor oil level in the engine and the coolant level in the reservoir of the expander. If making a long trip, check the level of these fluids after every 250 km. At run-possible increased oil consumption is approximately 300 g per 1000 km. to Evaluate its possible dipstick: the difference between the maximum and minimum level is 1 liter. Add the same engine oil that is filled into the engine.
12
After 2,500 kilometers replace engine oil and oil filter.
13
Gradually and smoothly increase the load on the engine. Do not drive "aggressively", not race to the mileage of 5000 km.
Note
If when running the motor is operating abnormally, for example, there is a loss of power, interruptions, temperature increases above the working, other sounds, or light up the test light, immediately stop and contact the experts.
Useful advice
If the engine is properly run-in, he will work long and without problems, allowing to drive the car thousands of kilometers.
Is the advice useful?
Присоединяйтесь к нам
New advices