How to determine the height of the triangle

Height of a triangle is the perpendicular drawn from the vertices of the triangle to the line containing the opposite side. The length of the height can be determined in two ways. The first is the area of the triangle. Second - considering the height as a leg of a right triangle. 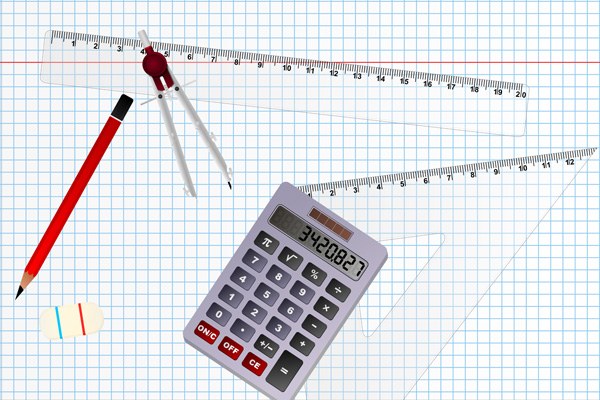 Related articles:
You will need
Instruction
1
The first method to find the height – using the area of a triangle. The area of a triangle is calculated by the formula: S = 1/2 ah, where (a) is a side of the triangle, h is the height, built to the side (a). From this expression, find the height: h = 2S/a.
2
If the condition given length of three sides of a triangle, find the area by Heron's formula: S = (p*(p-a)*(p-b)*(p-c))^1/2, where p is properietor of the triangle; a, b, C – sides. Knowing the area, you can determine the length of the altitude to any side.
3
For example, in the problem set, the perimeter of the triangle, which is inscribed in a circle with known radius. Calculate the area of the expression: S = r*p where r is the radius of the inscribed circle; p – pauperised. Of square, calculate the altitude to the side whose length you know.
4
The area of a triangle can also be determined by the formula: S = 1/2ab*sina, where a and b are the sides of a triangle; sina is the sine of the angle between them.
5
Another case – you know all the angles of a triangle and one side. Use the theorem of sines: a/sina = b/sinb = C/sinc = 2R, where a, b, c be the sidelengths of triangle; sina, sinb, sinc sines of the angles opposite to these sides; R is the radius of the circle which is described around the triangle. Find the direction of b from the relationship: a/sina = b/sinb. Then calculate the area of the same way as in step 4.
6
The second way to calculate the height is to use the trigonometric relationships for a right triangle. The height of the acute-angled triangle divides it into two rectangular. If we know the side opposite the base (a), and the angle between them, use the expression: h = b*sina. In obtuse-angled triangle, because the angle (a) blunt, the formula is slightly different: h = b*sin(180-a) or h = - c*sina. 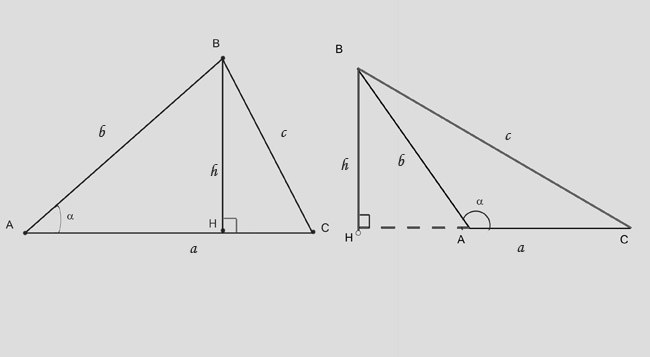