How to boil pork knuckle

Pork knuckle - the part of the carcass that the butchers is called the shank. This cut of ham, a piece from the hoof to the knee joint. The rear shank is often baked or smoked, it is more meaty. And if the front and smoked, in order to then use for soups. From the back of the shank is also a good variety of jellies, since it has a lot of connective tissue and therefore collagen. 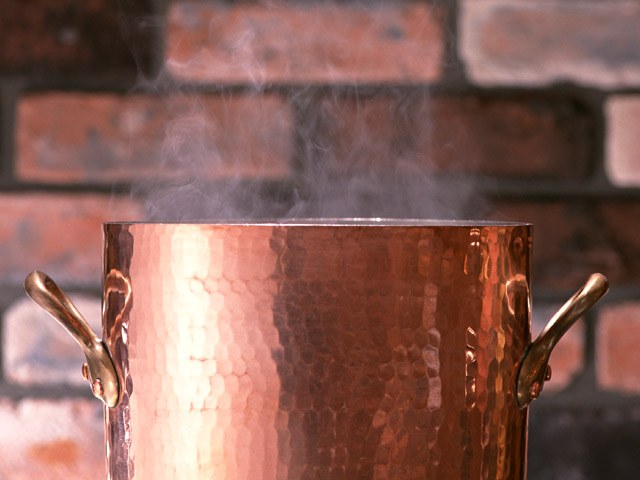 Related articles:
You will need
Instruction
1
Depending on whether you decide to boil the knuckle in the broth, jelly or cook before Smoking or baking, the time of heat treatment.
2
If you cook the drumstick for further Smoking or baking, you can leave it on the skin. If you are going to make soup or jelly, cut the peel and part of the fat from the shanks.
3
Onions and carrots peel and wash. In a large pan dial cold water and soak in it thoroughly cleaned knuckle. Put the vegetables – carrots, onions, celery.
4
In a special device, similar to a large tea strainer, put the herbs and spices. If you don't have a strainer, make a bag of cheesecloth and tied with cooking twine. Many cooks reusable sew a special bag for herbs and spices that they add into the broth.
5
Collect the herbs, spices and flavourings in the strainer or bag and put in pot with pork. Bring meat to a boil and cook for about 1 hour on medium heat, periodically removing the foam with a slotted spoon. If you are going to bake or smoke meat and if you cook the soup, this will be enough time for the broth and for the willingness of the shank. If you want to make jelly, strain the broth, return it to the pork, add the pork, beef or chicken, boil again, skimming off the foam and simmer another 1-2 hours until, until the liquid is boiled twice.
6
Boiled-smoked knuckle

Many do not like smoked pork for its overly salty taste, and consider it harsh. To serve this meat with cabbage, potatoes, beans or other side dish, such a shank is boiled.
7
Rinse the knuckle. Put in a large pot and cover with water, add the mustard, stir well and bring to a boil. Reduce the heat, cover and simmer 1.5-2 hours.
8
Remove the shanks from the pan, drain the liquid and rinse the meat. Press again with fresh cold water and add Apple cider vinegar. Again bring to a boil, cover, reduce the heat to minimum and cook for another 45 minutes. Serve knuckle
Is the advice useful?
See also
Подписывайтесь на наш канал