How to raise two sons

To be the parents of two sons – not only great happiness but also great responsibility. Often two boys is twice that of bruises, fights and quarrels. To prevent hostility between brothers and to grow from the sons of men, parents need to put a lot of effort. 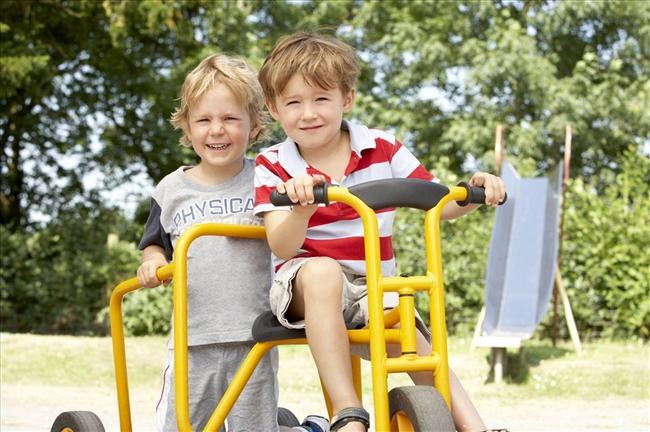 Related articles:
Instruction
1
When in the house there is another boy, the eldest child subconsciously feels that he is not in charge for the parents. The baby, who until recently was the king in their home, they may instantly feel that you don't love him as before. You need to explain to the boy that your attitude has not changed, that he's important to you. Explain to your child that he now has a brother, whom he must protect.
2
Divide his attention in half. Caring for the youngest son, never forget about the older. Otherwise, he may grow insecure due to the fact that his "love". Do not make children jealous of each other.
3
If the second son is still quite small, ask a senior to help you. Nurture it the responsibility of a new family member. Praise the son for the manifestation of care and affection towards the brother.
4
Raising two sons, they cultivate a family spirit. Boys grow into men, defenders of their families, miners. Put them in example of their own dad.
5
Quarrels and conflicts that arise mainly due to toys or attention mom, you need to allow "on the spot". Never leave a least one of his sons. If you did it once, and then the other... so the boy might think that he is an outcast or unloved child, and thus, digs in.
6
If the kids fight a lot, teach them to find a compromise, to compromise, to share, eventually. To act in such situations objectively. Importantly, none of the children felt slighted.
7
Teach children to do all along: to get out, to walk, to play, to watch cartoons. Try to instill in them a sense of kinship, love and affection to each other. They need to know that the closer they are alone, so the brothers are obliged to protect each other and not throw in difficult times.
8
Do not impose one that likes another. If, for example, one of the brothers loves to draw, this does not mean that the second should do the same. Take a look at your children. If one kid wants to watch cartoons, he likes to watch cartoons. And the second wants to sculpt from clay – give him the clay. Your sons are not required to be the same. They are the person whose needs must be respected.
9
Never put one child in another example. A comparison of the type "Sasha was good, and you're not" may have a negative impact on the psychological development of a humiliated child. From such comparisons outraged baby will grow uncertain closed-loop, identity, and the "pet" will develop contempt for the weak.
10
Raising sons, give them equal rights and responsibilities. If they both have before going to bed to remove the toys into place, then none of them should get out. Of course, choosing this model of education, consider the age and ability of kids. Do not scold your baby for litter but by the fact that he, for example, is too small and does not have time for the older brother.
Useful advice
When children often fight over toys, to solve this problem in one way: if you bought one kid he liked the machine, be sure to buy the second one.
In order to argue "whose mom", play cooperative games, role which will be equitable to all.
Is the advice useful?
Присоединяйтесь к нам
New advices