How to determine the genre of the text

Literary genre is a class of texts having a similar structure, content, limit variability. There are many genres of text, and you need to know their characteristics if you don't want to make the wrong choice type. 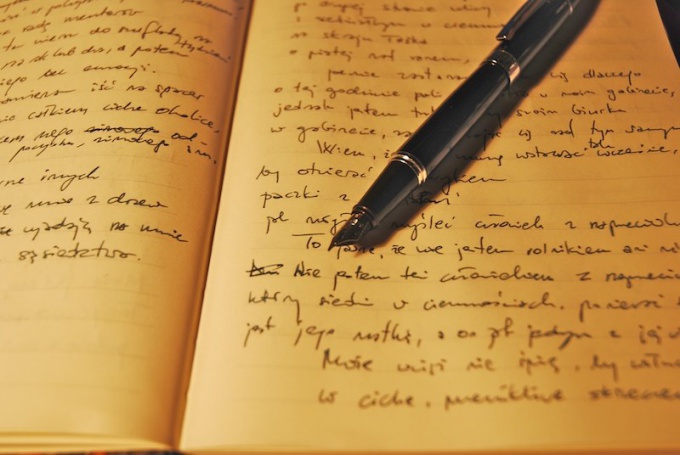 Related articles:
Instruction
1
In order to properly characterize the text and to relate it to a specific genre, carefully review the product. Think of it amuses you, or frustrating, conveys the feelings of the author towards his characters, or just about any event, the main character is struggling with insurmountable circumstances or with ourselves? If you will be able to understand the text, you can easily find its literary genre.
2
There are three ways to classify the literary genres. They are grouped according to the form, with the result that there are such types, as a play, story, novel, essay, story, ode. The play is a creation of the writer, intended for the execution of the scene, a story, a small narrative piece in prose. Roman, as a rule, differ from story its enormity. It tells about the life and development of personality of the protagonist in the crisis period. Essay – a type of story characterized by the absence of a single conflict. The novel is a prose genre, which is the volume between the novel and the short story, which tells about the vicissitudes of life of the protagonist.
3
If you want to determine the genre of the text in its meaning, it is necessary to know the following classification. All texts can be divided into three categories: Comedy, tragedy and drama. For Comedy characteristic humorous or satirical approach. The tragedy is based on the development of events, having, as a rule, inevitable, and lead to unpleasant consequences. The plot of the drama, usually built on the description of the life of man, his relationship and conflict with society.
4
Were typed the genre of a literary text can and his family. In this category emit epic, lyric and dramatic works. For typical epic narrative of the events supposedly occurred in the past, it is characterized by objectivity and impartiality. Lyrics plays subjective feelings or mood of the author. The plot of the drama built on dialogue between the characters.
Is the advice useful?
See also
Подписывайтесь на наш канал