How to determine the direction of current

The true direction of current is that in which moving charged particles. It, in turn, depends on the sign of their charge. In addition, conventional techniques use the direction of movement of charge, not depending on the properties of the conductor. 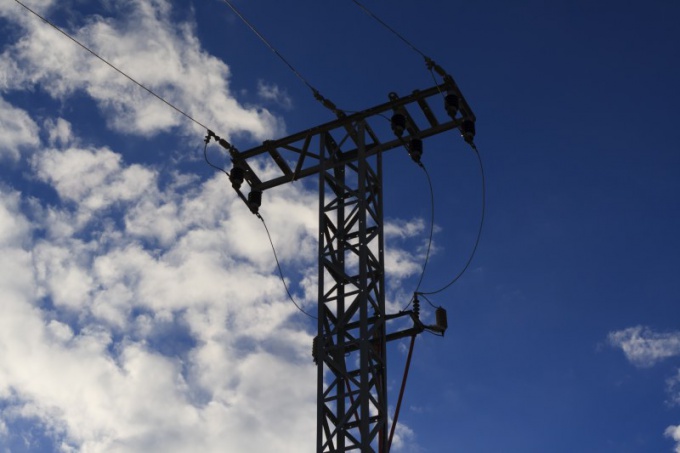 Related articles:
Instruction
1
To determine the true direction of travel of charged particles, consider the following rule. Inside source they are emitted from the electrode that is charged with the opposite sign, and move toward the electrode, which for this reason acquires a charge similar to the charge sign of particles. In the external circuit, they are pulled by the electric field from the electrode, the charge coincides with the charge of particles, and are attracted to oppositely charged.
2
The metal carriers of the current are free electrons moving between the nodes of the crystal lattice. Since these particles are negatively charged, the inside source, think of them as moving from the positive to the negative electrode and in the external circuit from the negative to the positive.
3
In the non-metallic conductors the charge transfer is also electrons, but the mechanism of their movement is different. Electron, leaving the atom and thereby turning it into a positive ion, forcing him to grab the electron from the previous atom. The same electron that left the atom ionizes negatively following. The process is repeated continuously until the circuit current flows. The direction of motion of charged particles in this case read the same as in the previous case.
4
Semiconductors are of two types: with electronic and hole conductivity. In the first charge carriers are electrons, so the direction of movement of the particles in them can be considered the same as in metals and non-conductors. In the second charge transfer virtual particles - holes. Basically we can say that it is a kind of empty space, electrons which do not exist. Due to the successive shift of the electron holes move in the opposite direction. If you combine two semiconductors, one of which has an electronic and the other hole conductivity, such a device is called a diode, will have rectifying properties.
5
In vacuum the charge as electrons moving from the heated electrode (cathode) to the cold (the anode). Note that when the diode rectifies the cathode is negative relative to the anode, but relative to the common wire, which is attached to the opposite anode output of the secondary winding of the transformer, the cathode is positively charged. There is no contradiction, if to take into account the voltage drop across any diode (both vacuum and solid state).
6
In gases, the charge transfer positive ions. The direction of movement of charges in them, consider the opposite direction of their movement in metals, non-metallic rigid conduits, vacuum and semiconductors with electron conductivity, and is similar to the direction of their movement in semiconductors with hole conductivity. Ions are much heavier than electrons, making the gas-discharge devices have high inertia. Ionic devices with symmetric electrodes do not possess a unilateral conductivity, and steel - have her in a certain range of differences of potentials.
7
In liquids the charge is always carrying heavy ions. Depending on the composition of the electrolyte, they can be both negative and positive. In the first case, consider their behave similarly to the electrons, and the second similarly positive ions in gases or holes in semiconductors.
8
When specifying the direction of current in an electric circuit, regardless of where you move charged particles in fact, consider moving the source from the negative pole to the positive, and in the external circuit from the positive to the negative. The specified direction is considered conditional, and adopted it before the discovery of atomic structure.
Is the advice useful?
See also
Подписывайтесь на наш канал