How to determine ethanol

Ethyl alcohol is well known, it is included in all alcoholic beverages. The appearance of ethanol – clear, colorless liquid with a sharp characteristic odor, slightly lighter than water. There are cases of severe poisoning, when the ethanol take other organic liquids, including such toxic as methyl alcohol. A particular danger and deceit of methanol in the fact that the consumption of even small amounts of this alcoholand can cause blindness or death, and in appearance, smell, density and taste is almost indistinguishable from ethanol. 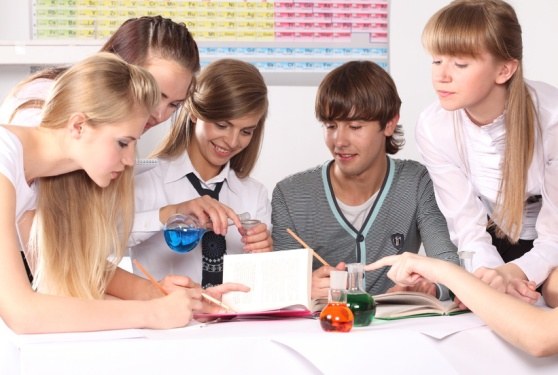 Related articles:
Instruction
1
Suppose you have two cans, one with ethanol and the other methanol. How to distinguish the relatively harmless ethyl alcohol from methyl deadly? At home the most simple way is the following method. Pour a small amount of alcoholand some cans in a separate glass container: glass or jar. To avoid confusion, from which the canisters had been taken to test, make a note (e.g., a marker).
2
Then take the copper wire, better fat. One end, wrapping it around a pencil or nail, coil. Another pinch pliers or an oven MITT, heat in a flame. As soon as the copper spiral is heated, as possible dip it in a glass or jar with the sample. Immediately you will hear the hiss, and you will feel strong smell.
3
If the sample was a methanol smell is very pungent, unpleasant. The fact that there was a chemical reaction: CH3OH = SNO + H2. The result of this reaction formed the substance SNO – formaldehyde (formic aldehyde) with a sharp characteristic odor.
4
If the sample contained ethanol, the smell will be much softer, nicer. It resembles the scent of rotten apples. Because the reaction C2H5OH = СН3СНО + H2, and formed acetaldehyde (or acetaldehyde).
5
There is also a sensitive qualitative reaction for ethyl alcohol. It's called iodoform sample flows on such a scheme: C2H5OH + 6NaОН + 4I2 = CHI3 +HCOONa + 5NaI + H2O. The interaction of ethanol with an alkaline solution and iodine solution while cooling the reaction vessel is formed a light yellow suspension. Using iodoformi tests can detect ethanol, even at very low concentrations (of the order of 0.05%). If the concentration of alcoholand the high, the resulting slurry will quickly precipitate.
Is the advice useful?
See also
Присоединяйтесь к нам
New advices