How to calculate gas pressure

For the solution of some physical problems it is necessary to calculate the pressure of the gas. In this case, the task can be referred to as the surrounding air and vapors of the substance and the gas trapped in the vessel. How to calculate pressure of gasdepends on what parameters are set on the task. 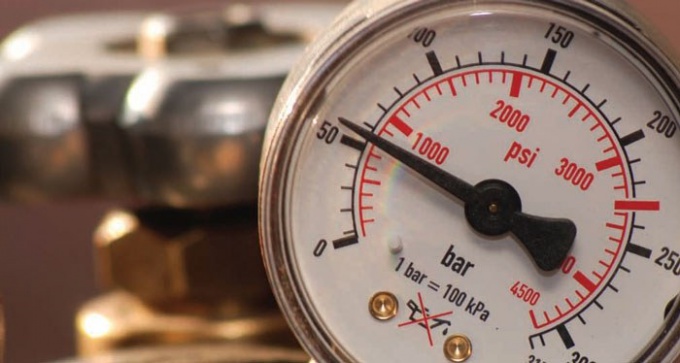 Related articles:
You will need
Instruction
1
Find the pressure of an ideal gas in the presence of the values of the average velocity of the molecules, mass of one molecule and the concentration of the substance according to the formula P=⅓nm0v2, where n is the concentration (in grams or moles per liter), m0 is the mass of one molecule.
2
If the condition given the density of the gas and the average velocity of its molecules, calculate pressure by the formula P=⅓ρv2, where ρ is the density in kg/m3.
3
Calculate the pressureif you know the temperature of the gas and its concentration, using the formula P=nkT, where k is the Boltzmann's constant (k=1,38·10-23 mol·K-1), T is the absolute temperature in the Kelvin scale.
4
Find the pressure of two equivalent variants of the equation Mendeleev-clayperon depending on known values: P=mRT/MV, or P=νRT/V, where R is the universal gas constant (R=8,31 j/mol·K), ν is the amount of substance in moles, V – volume of gas in m3.
5
If the clause is specified, the average kinetic energy of molecules of gas and its concentration, find the pressure using the formula P=PC, where Ek is the kinetic energy in joules.
6
Find the pressure of the gas laws — isochoric (V=const) and isothermal (T=const), if the pressure in one of the States. In isochoric process pressure ratio in two States is equal to the ratio of temperatures: P1/P2=T1/T2. In the second case, if the temperature remains constant, the product of the pressure of a gas on its volume in the first state, equal the same product in the second state: P1·V1=P2·V2. Express unknown amount.
7
Calculate pressure the formula of internal energy of an ideal monatomic gas: U=3·P·V/2, where U is the internal energy in joules. Hence the pressure will be equal to: P=⅔·U/V.
8
When calculating the partial pressure of vapor in the air, if in the condition of the temperature and relative humidity to Express the pressure from the formula φ/100=P1/P2, where φ/100 — relative humidity, P1 is the partial pressure of steam, P2 is the maximum value of water vapor at a given temperature. During the calculation of the use tables based on the maximum vapor pressure (the maximum partial pressure) temperature in degrees Celsius.
Useful advice
Use aneroid or mercury barometer, for more accurate values, if you need to calculate the gas pressure in the course of the experiment or laboratory work. For measuring gas pressure in a vessel or tank use regular or electronic manometer.
Is the advice useful?
See also
Подписывайтесь на наш канал