How to find what day Easter falls

Easter, one of the main, the most revered of holidays for Christians. This day they recall the heroism and miraculous resurrection of the Savior, who suffered death of flour for the people, giving people hope for a better life after death. According to long-established traditions of Easter is always celebrated on Sunday. But how to calculate the exact date of this great feast? And why, in different years, this date is also different?. 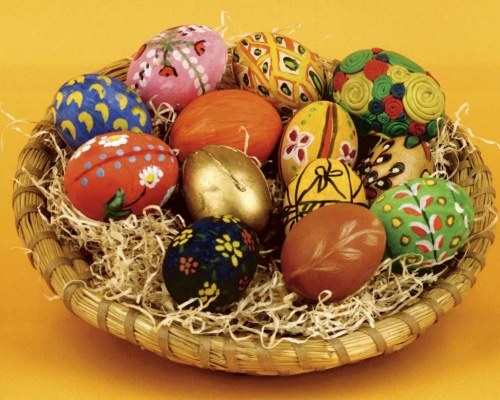 Instruction
1
Easterparticular Sunday is the Sunday that comes after the first full moon after the spring equinox. The fact that the date of this holiday is determined by the mutual position of the Sun and moon, so there are very wide variations - from March 22 to April 25 on the Julian calendar. Or, respectively, from 7 April to 8 may in the Gregorian calendar.
2
But why even become possible this variation in the dates? Really it was impossible to pinpoint exactly when this event occurred? The fact that Easter was originally a Jewish festival marking the Exodus of the Jews, under the leadership of the prophet Moses from Egypt. According to the ancient Jewish calendar, the Passover was celebrated on the fourteenth day of the first spring month of Nisan. However, due to the fact that each month among the Jews began at the new moon, Easter falls on the day of the full moon in March.
3
Since, according to Christian Canon, the crucifixion of the Saviour took place on the eve of the Jewish Passover (which, recall, falls on different days of the week), then at the Ecumenical Council of Nicaea, held in 325, it was decided to celebrate Easter on the first Sunday occurring after the first full moon after the vernal equinox.
4
To everyone he could calculate the day of Easter, was composed of the so-called "Paschal" is a special table. You can use them, and at the same time to calculate what date falls other important festivals of Christians. After all, the feast of the ascension of Christ is celebrated on the fortieth day after Easter, and the feast of the Trinity in the fifties.
5
Can also use the astronomical calendar, which shows the phases of the moon for the entire year. You can easily determine what date falls the first day phase of the full moon after the vernal equinox (March 21). And to determine the date of the Sunday closest to this day nothing. So this is the date of Easter.
6
The question of determining the exact date of Easter in the old days involved not only clergy, but many scientists, including world famous. For example, the famous German mathematician Carl Friedrich Gauss in the late 18th century, developed a formula for calculating the date of Easter. It is quite voluminous. Anyone can easily find it on the Internet.
Is the advice useful?
Присоединяйтесь к нам
New advices