Why Easter is celebrated each year at different times

Easter is the main Christian festival, which every year waiting for millions of believers not only in Russia but also worldwide. This word in Greek means deliverance and has always served as a reminder that Christ is risen, transforming all suffering for the human race. 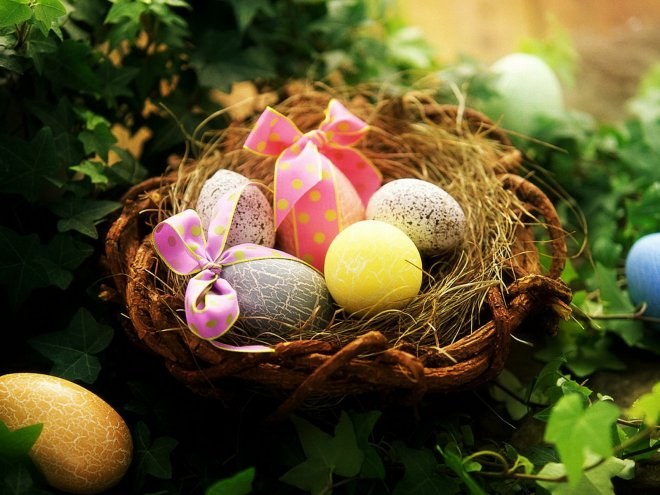 Related articles:
Usually Easter is celebrated in spring in one of the Sundays. Why, every year, this great holiday can be celebrated at different times?

Originally the Christian celebration of Easter was closely linked with the date of the celebration of the Jewish Passover. It was not celebrated by the solar calendar and the lunar Jewish.

The essence of Passover is that it is dedicated to the miraculous liberation of the Jews from Egyptian slave shackles. This event took place in the mid-13th century BC, It is described in the second book of the Bible – Exodus.

The book says that the Lord warned the Israelites about the coming salvation and told them that on the next night, every family in Egypt would lose the firstborn, since only such punishment will cause the Egyptians to release the Jews from slavery. And that this punishment did not touch the Jews themselves, had the doors of their homes to anoint with the blood of a slaughtered before the lamb (of the lamb). His blood will save the Jewish first-born from death and free them from slavery. And so it happened. Since Jewish Passover is celebrated on every year, and to commemorate this event, stabs the Passover lamb.

This lamb is symbolic of Jesus Christ who was the Savior of the world, crucified on the cross for the sins of mankind. The gospel says, "Christ is the lamb of God Who takes away the sin of the world, His precious Blood shed on Calvary, cleanses us from all sin. And his crucifixion on the day of the Passover is no accident".

It happened on the day of full moon after the vernal equinox, 14 Nisan in the Jewish calendar. And Jesus rose on the third day after the crucifixion, which we call the resurrection. That's why the date of celebration of Jewish and Christian Easter are so intertwined.

The first three centuries of Christian history there were two dates of celebration of Easter. Some celebrated her 14th of Nisan with the Jews – as a symbol of remembrance of Christ's crucifixion and his death, while others, which were the majority – on the first Sunday after the 14th of Nisan, as a symbol of Christ's resurrection from the dead.

The Julian and Gregorian calendar

Thus, beginning in 325, Christians around the world began to celebrate Easter and other Christian holidays in one day.

However, after the schism in 1054 there was the so-called Roman Catholic Church. First, the calendar was a single, but then in 1582 Pope Gregory the 13th introduced the Gregorian calendar, and therefore the new calendar. This calendar was considered more accurate from the point of view of astronomy, because now it is accepted in most countries of the world.

And the Russian Orthodox Church to this day uses the old Julian calendar (which is also popularly known as the Orthodox), because Jesus Christ lived in the days when they operated the Julian calendar.

Based on this calendar, Passover described in the gospel, chronologically comes immediately after Easter, Jewish. In the Gregorian calendar it is believed that Catholic Easter can not only match up with the Jewish, but also be a few before her.

So sometimes Orthodox Easter coincides with the Catholic, and sometimes quite a big discrepancy in the numbers.

It is also worth noting that the Gregorian calendar precisely, however, has been for centuries the Holy fire in Bethlehem descends on the day of Easter according to the Julian (Orthodox) calendar.
Is the advice useful?
Подписывайтесь на наш канал