Where to go in Stavropol

Stavropol is a unique and beautiful city located on the southwestern slope of the Stavropol upland. Once this wonderful city was decorated churches and walled, but the revolution and war have done their job and from the ancient heritage is almost nothing left. However, visiting Stavropol nowadays, you will find many interesting sites and attractions. 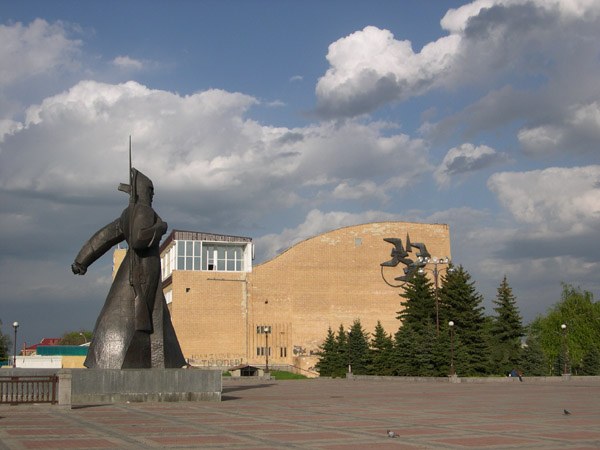 Related articles:
Travelers and tourists who decided to visit Stavropol', will certainly be interested to know that in this town there is a street called "45th parallel", which means its exact latitudinal location. It turns out that Stavropol is equidistant from the equator and the North pole. Moreover, he is on the watershed between the basins of the Caspian and Azov seas, right in the middle between them. Interesting fact that the street Suvorov has only one residential building. Stavropol Krai has a lot of interesting places that keep the memory about the activities and lives of such wonderful and great artists, like Lermontov, Pushkin, Chaliapin and Tolstoy. In Stavropol every corner breathes its history, and each building lives his legend. Amazing place this earth can be called a Tatar settlement, which is located between the village of Tatarka and Stavropolm. This is a miraculously preserved archaeological monument Predkavkazya surrounded by suburban and rural buildings, roads and fields. As later found by researchers, the settlement was in operation from the eighth to the eleventh century of our era for as much as four historical periods: a Scythian, kabanskogo, Khazar and Sarmatian. "Central Park is the green jewel of the city of Stavropol and a natural monument, which is protected by the state. The Park covers an area of twelve hectares and is located in the heart of the city. There is a legend that came here Russian writers (Mikhail Lermontov, Alexander Pushkin and Griboyedov once walked around this Park under the canopy of foliage. You will be amazed by the unique chestnut alleys, vases with floral arrangements, the flower beds "Airplane" and "Airship", named after the first air human flight. Graceful grottoes and greenhouses attract the eye of not only travelers, but also of the townspeople, so "Central" Park is still a favorite vacation spot. Beds "Korean" and "Varyag" is dedicated to the heroes of the Japanese war. In the Park is to preserve its historical value as a monument of nature. Be sure to visit Stavropol Museum of fine arts, because it is the only collection of paintings, where there are parts of Western, Greek, Russian, Oriental and contemporary art. Here you can see a collection of iconography. The work of artists Stavropol are presented here, most of the collection of modern painting. Victory Park city of Stavropol is one of the largest parks in Russia. It covers an area of more than two hundred hectares of green natural forests. Leisure and cultural complex includes more than thirty attractions of domestic production and only in the Stavropol Krai zoo.
Is the advice useful?
See also
Подписывайтесь на наш канал