How to enter square root

On the computer keyboard is missing the square root sign. The need to enter this sign may occur when the set of texts that contains mathematical formulas. Also operator input for square root extraction may be needed when programming in some programming languages. 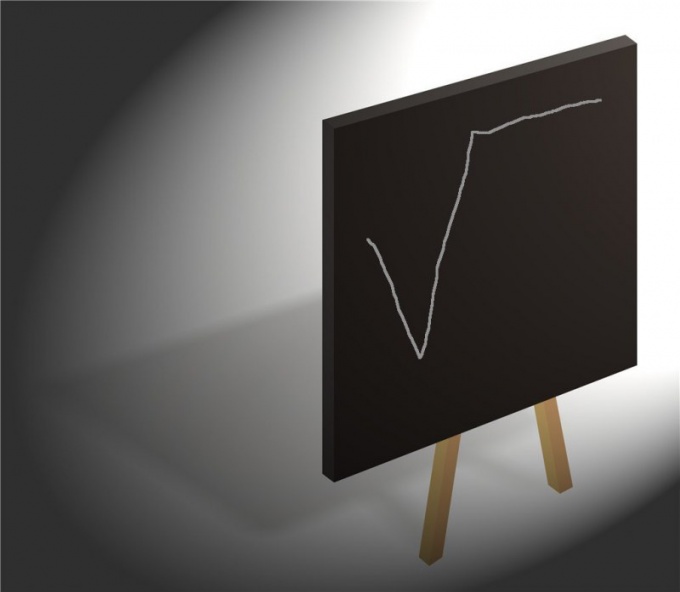 Related articles:
Instruction
1
In the presence of the software package Microsoft Office component installed Equation Editor to run this component, and then press the function key with the symbol for square root. Enter the expression to be located under the root.
2
In the absence of a component in the Equation Editor, and when working in other office suites, for example, OpenOffice.org or Abiword, in the table find the square root symbol. It looks like this: √. The output of this table depends on what editor you use. For example, Abiword is "Insert" - "Symbol". Locate the desired sign and click "Insert." To put under him the whole mathematical expression will fail, so it will have to be placed in brackets and placed to the right of the sign.
3
Insert the square root symbol can be in a web page, provided that it is used for Unicode encoding. Get this symbol as described above, and then select it with your mouse, copy it to the clipboard (Ctrl+C), go to editor HTML code, place the cursor at the desired text position and insert (Ctrl+V).
4
Single-byte encodings (KOI-8R, KOI-8U, 1251) do not contain a square root sign. If the web page uses this encoding, instead of the sign you can use its graphical image, which may look like this:c=/(a+b)in Addition, in this page, you can paste the entire formula as a whole in the form of an image:<img src=formulaimage.gif> where formulaimage.gif - the name of the image file of the formula.
5
When programming in basic for the square root use the SQR operator. Note that most other languages (e.g., Pascal) this statement refers not to the root, and squaring (multiplying a number by itself). When programming in such languages remove the square root using the SQRT operator. The method of entry (lowercase or uppercase) select depending on the version of the interpreter or compiler.
Is the advice useful?
See also
Подписывайтесь на наш канал