How to revive Azalea

Azalea among novice gardeners is considered a "difficult" plant due to the fact that often hurts, especially when changing the place of residence, exposure to direct sunlight or after flowering. The symptoms occur rapidly: in a few days the leaves are covered with spots and wither. To revive the wilted Azalea possible - this will require time and certain skills. 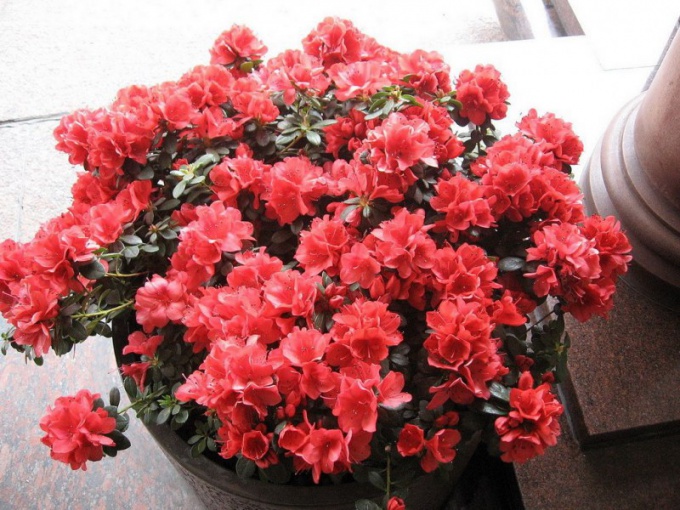 Related articles:
You will need
Instruction
1
Remove the Azalea from the pot with soil and dip the roots in a basin or bowl with cold water. Gently and very carefully with your fingers, rinse the roots, trying to free from clods of earth to avoid damage. After the root system is freed from the substrate (it may take more than one hour, especially the first time) for a few minutes lower azaleas under running cold water.
2
Cut the faded leaves of the plant and plant washed azaleas in freshly prepared soil. Use a special substrate for this species flowers, or use all-purpose soil and add some sand and ash (or activated carbon). The next day will cover the ground in a pot with ice, make irrigation of very cold water. Avoid direct sunlight on the plant, especially if reanimiruyet azaleas in the summer.
3
Take a quart jar settled within two days of water, add a few drops of pharmacy boric acid. The resulting solution water the azaleas for a few days, until visible results. Once a week can be used instead of boric acid the drug, regulating plant growth, for example, "Zircon", at the rate of two or three drops in a glass of water. If damage has occurred only a small part of the flower, try to pour it with water, acidified with citric acid.
4
Put the pot with the transplanted Azalea on a tray with wet expanded clay. Keep the plant in a draft, it is not afraid of the cold. Valid on hot summer day to put the flower in the fridge. A day watering the azaleas in the bathroom running cold water through shower heads. If possible, lay on the top layer of soil in the pot with pine needles. And often pay attention to the sick plant, iron leaves, talk to him. It is believed that the Azalea is very receptive to positive and negative energy mood of the owners.
Is the advice useful?
Подписывайтесь на наш канал