How to display the message

Messages displayed on the screen is used to interact with the user in different applications and in mobile devices such as cell phones, tablets or normal hours. To display your own message on the screen of the computer, no need to install additional software or learn programming. This task can be easily done using the built-in Windows operating system tools. 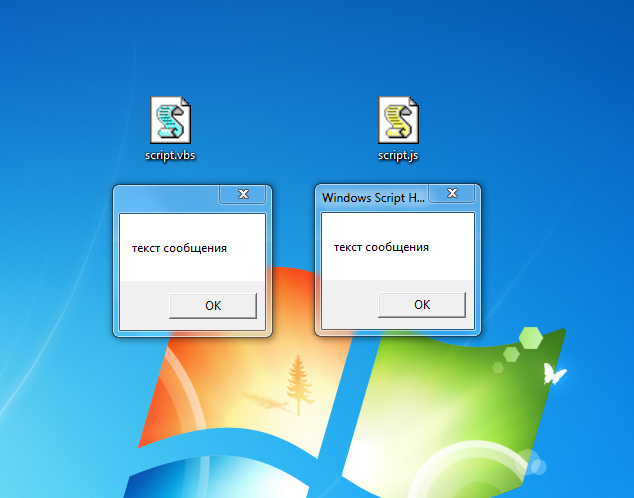 Related articles:
You will need
Instruction
1
To display the on screen message, Windows operating system, it is sufficient to write a small script in Visual Basic. Create a text file script.txt. The name and location of the file do not matter. Open the file in any text editor. Enter a line: "MsgBox "message text"" (without the quotation marks "Christmas tree", but with quotation marks "strokes"). Save the file and exit the text editor. Change the file extension to *.vbs. The icon should change. Now the operating system sees the file not as text but as a set of commands that runs in Windows built-in Visual Basic interpreter. This component is present in all operating systems of this family, starting with XP that allows you to run the script on any computer. When you run this script displays a message in the window. The text in quotes can be anything.
2
Alternative VBS script is to write a Java Script. The Java language is more difficult, but it is written in the script can be run not only on Windows operating systems, but in many others. Create a text file, open it in the editor and enter the string "WScript.Echo("message text");". External quotes are not required, but if you do not enter the internal (those that enclose text) the script will not work. Change the file extension to *.js. Run the file to execute. The result is the window is the same as when writing programs in Visual Basic.
3
There is another way of displaying messages using the net send command. Advantage and distinctive feature of this method is that the message can be sent to any computer on the local network. On the keyboard press win+r, in the opened window type cmd and hit Enter. Open the command prompt window. In it, type "net send computer name message" (without the quotes) and press Enter. The specified computer will display a message almost the same as if it were generated by a script on the local machine. Note that it will contain the return address. Instead of the computer name of the message recipient can specify the IP address.
Is the advice useful?
See also
Присоединяйтесь к нам
New advices