How to wean a child spitting

The child learns mainly by example. All the underlying positive and negative, he learned from the outside world. Parents can instill in their children kindness, compassion and attention to the middle, eliminating anger and aggression in the family. But sooner or later the need arises to correct the negative influences in the world. 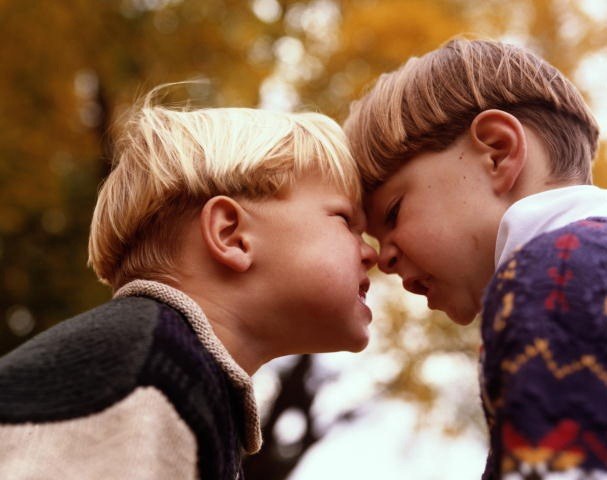 Related articles:
Instruction
1
Makes no sense to scold the childif he spits, attacking other children and different in other ways establishes its leadership. Teach him attention to people, or aggressive behavior will become a habit. If your child pushed the same age or spat at him, show how to do it and not explain how it is not necessary.
2
Go to the offended child and have pity on him, give him as much attention as possible. Seeing how someone else spits and fights, tell the child: "the Baby is bad and sick, go and intercede for him. We don't want someone hurt?". Have fun with your children, direct the energy of your child in the direction of good.
3
"Impossible" the notion of the child is not what that word means to you. He spits, as you say, it can not be done, but he spits again, to prove to you that it is possible. You need his behavior to show that such behavior is unacceptable. Do not swear or shout, of course, do not beat the child and don't spit in response. So you only approve of the child in the opinion that all it can do.
4
Quite often the baby spits or hysterics only to look at your emotional response, it turns out kind of fun. Mom says new words, gestures, "hurling thunderbolts" - isn't that show? So you should just turn around and leave, saying that spitting is silly.
5
All the attention give to the victim of the spitting of the child, not paying attention to the aggressor. All family members should behave the same way, without exception. If grandma will be astonished by such behavior of the grandson, all your training will be wasted. But grandma should speak with the child, not to entertain his showdown adults.
6
If the kid spat in the father, mother says that our family don't do that and regret the hurt, and the child quietly expels from the room. Never smile and don't laugh particularly "good" Chad spit, otherwise it will conclude that their actions gives pleasure to others.
Is the advice useful?
See also
Присоединяйтесь к нам
New advices