How to make volumetric square of paper

Volumetric square of paper – it is a cube that is easy to make yourself, following simple instructions. You can do this with your children – it will be interesting to construct this geometrical figure. 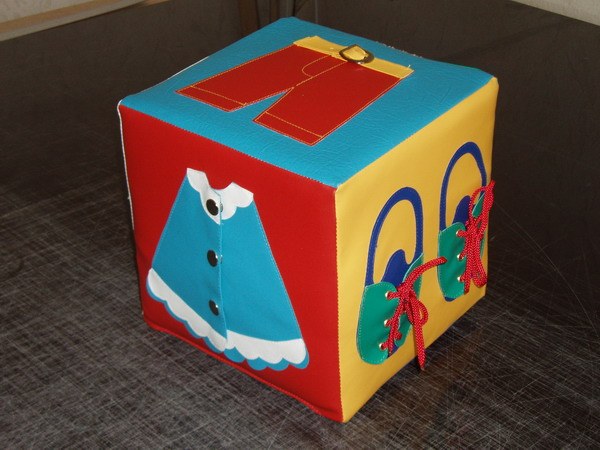 Related articles:
You will need
Instruction
1
On the album sheet of paper with a ruler and pencil, draw a net of a cube. It must have six faces, each a square. In the scan position them so that I had to glue as little as possible edges. Four lateral sides place back to back, and top face and the base - side sweep.
2
Strengthen the cube inside a cardboard frame, making exactly the same scan, but without top and without Foundation. Draw the frame by a few millimeters less than the base cube.
3
Pririsuyte special valves for sweeps, then they will be smeared with glue. Often when gluing the valve is glued directly to the face of the cube, but if the paper is very thin, then bond the flaps together, and the edges will remain intact.
4
Carefully glue the frame, then around it - a cube. Glue it on top of colored paper, you can make application, to paint it with paints, markers or crayons – that you and your helpers have enough imagination. If you produce a dice for Board games, write on its sides the number of points. But do not forget that opposing parties in the amount they should give the number 7.
5
If you want to make not the dice, but to surround the square (though this figure and not in the geometry, since the square is planar, planimetric figure), use the origami.
6
Take a square sheet with a side of 15 cm.
7
Fold in half to form a crease, unfold it back.
8
Now the same sheet, fold the edges to the center of the bend. Turn the leaf over, then fold each of the opposite corners towards the center to form a trapezoid.
9
Fold the corners of the trapezoid on the opposite side to the center to make a square. Thus you get "the square".
Is the advice useful?
Присоединяйтесь к нам
New advices