How to determine the type of hybridization

Hybridization in the chemical sense of the word - a change in the shape and energy of the electron orbitals. This process happens when the bond formation involved the electrons belonging to different types of communication. 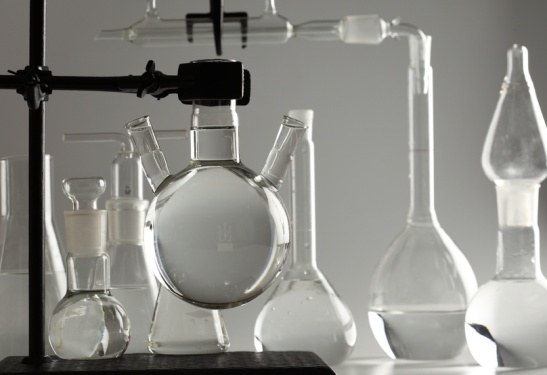 Related articles:
Instruction
1
Consider a molecule of the simplest hydrocarbon limit of methane. Its formula is as follows: CH4. Spatial model of a molecule represents a tetrahedron. A carbon atom forms four hydrogen atoms are all identical in length and energy. In them, according to the above example, are 3 – R 1 electron and S – electron, orbital of which was to exactly match the other three orbitals of electrons as a result of hybridization. This type of hybridization is called sp^3 hybridization. It is common to all limit hydrocarbons.
2
But the simplest representative of unsaturated hydrocarbon is ethylene. Its formula is as follows: С2Н4. What type of hybridization is inherent to the carbon in the molecule of this substance? As a result of its formed three orbitals in asymmetric eights, lie in the same plane at an angle of 120^0 to each other. They were formed by 1 – S and 2 – R of the electron. The last 3rd of the P – electron has modified its orbital, that is, it remains a right of the group. This type of hybridization is called sp^2 hybridization.
3
As the formed bond in the molecule of ethylene? Two hybridisable orbitals of each atom interacted with two hydrogen atoms. Third hibridizarea orbital formed a relationship with the same orbital of another carbon atom. And the remaining P – orbitals? They are "attracted" to each other on both sides of the plane of the molecule. Between the carbon atoms have formed a double bond. Exactly the atoms with a "double" connection inherent in sp^2 hybridization.
4
And what happens in a molecule of acetylene or-giant? Its formula is as follows: C2H2. Each carbon atom hybridization are only two electrons: 1-S and 1 – P. the Remaining two orbitals retained in the form of "correct eights" overlapping" in the plane of the molecule and on either side of her. That's why this type of hybridization is called sp hybridization. It is inherent in the atoms with a triple bond.
Is the advice useful?
See also
Присоединяйтесь к нам
New advices