How to play rome total war on the network

Often when playing Rome Total War there is a desire to play with his friends. However, for most novice gamers game on a network is difficult. Therefore, for the online battles, you must have several programs and some theoretical basis. 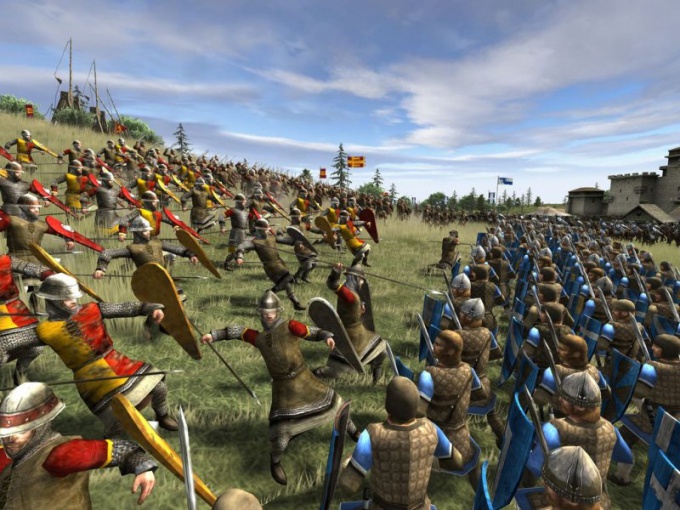 Related articles:
You will need
Instruction
1
To play on the network in Rome Total War, you need to install the original game. With her on the drive should be the program GameSpy arcade, which also need to be installed. This utility is intended for connection to the GameSpy server (in the absence of this utility, you can download a free version of it). Before the online game check the version of your game. For this, go to its settings and view the numeric value of — 1.0 or 1.5.
2
After that, install the patches for the game (if you have version Rome Total War patch 1.5, if the addon Barbarian Invasion patch 1.6). Download them, make sure that you and your opponent are the same version. Otherwise, play would be impossible. On the box disc find CD key for online play Rome Total War. This is a set of numbers and letters that you must enter the game by going to the menu "Play in network" or "Change key CD GameSpy". In any case, do not lose this key, otherwise the game will have to buy again.
3
As the official game server GameSpy is not always stably, it makes sense for multiplayer use Hamachi which creates a virtual LAN between your computer and the computer your opponent. After installation create a new network that connects your opponent on the game. After that, Rome Total War, go to local network game and start the fight.
Note
The program can be used Tunngle instead of Hamachi. This program has the similar working principle, and for some, it may seem more convenient.
Is the advice useful?
See also
Подписывайтесь на наш канал