How to change lock cylinder ignition

Sometimes the motorists situations arise when poorly placed or poorly turns the key switch ignition. In this case, you can try to replace a striker of his castle. 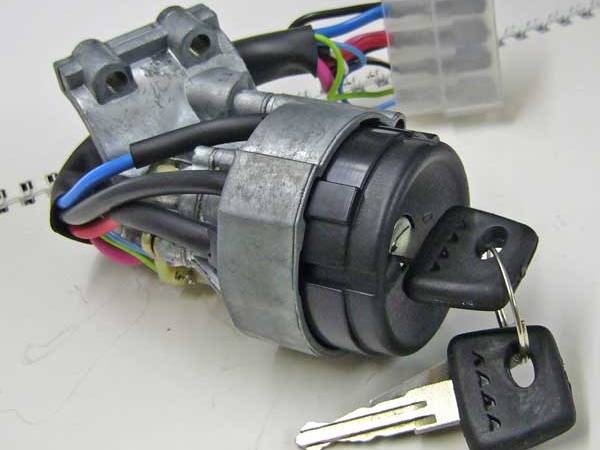 Related articles:
You will need
Instruction
1
Disconnect terminal on the negative wire from the battery. Remove the screws connecting the steering column covers. Two of them are near the helm, and two near the instrument panel.
2
Unscrew the screws attaching lower and upper steering column shroud. Remove the covers. Access lock switch ignition open. In principle, the larva of the castle you can get at this stage. To do this, pull out the side pin that holds it in the lock. You can do fine watch with a screwdriver while tapping it with a small hammer. If the pin is not pulled out, try to carefully drill out the larva with a thin drill.
3
If you decide to remove the lock ignition before you change the cylinders, to do this, first loosen the bolts securing the switch to the ignition. This must be done with a hammer and chisel, as the heads they cut off. Slightly loosen them, then Unscrew with pliers. With the steering column remove the bracket and lock the ignition, disconnect the electrical connector.
4
Remove the screw attaching the relay to the ignition, take it out from under the panel and disconnect the connector. Disconnect "a mass" wire of the relay. Phillips screwdriver loosen the screw, press the latch, remove the cover and the contact group. So you took out the switch ignition.
5
Remove the striker from the lock switch of the ignition as described in paragraph 2. Produce its replacement. Check the operation of the lock with a new striker by turning the key in the ignition. Set the switch on the ignition, making all steps in reverse order. Reinstall the steering column. Do not forget to connect the terminal to the battery. Check the operation of the switch of ignition and other electrical equipment of the car.
Useful advice
Observe safety precautions when working with electrical equipment of the vehicle. Be sure to unplug the negative cable from the battery before performing any actions with this equipment. Do not touch the elements of the ignition system with the engine running.
Is the advice useful?
See also
Подписывайтесь на наш канал