How to draw a thread

During the technical drawing quite often have to deal with the image of standard fasteners. Many of them have a threadthat we have to draw a picture. The main parameters of the thread are external and internal diameters, as well as step. 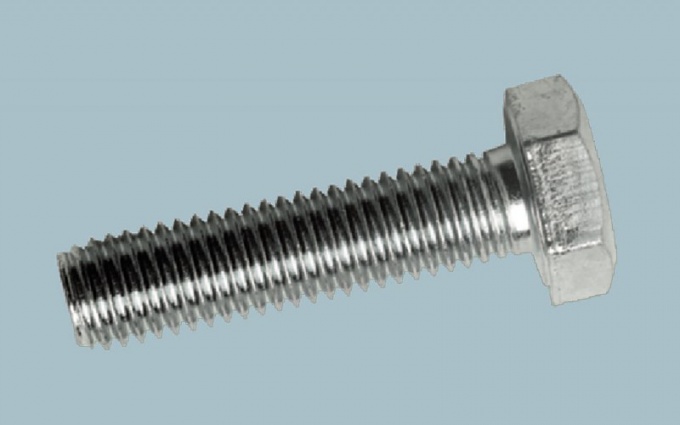 Related articles:
You will need
Instruction
1
Select the external diameter of the thread. In technical documentation it is usually denoted as d without an index. It is equal to the diameter of the cylinder, which is applied to the thread. Inner diameter is d1. Important and length of the cylindrical part, and the size of the plot, which is applied to the thread.
2
Depicted on the plane of the cylinder looks like a rectangle. Draw the cylindrical part of the bolt. Details width equal to the diameter of the cylinder, and the length corresponds to the length of the part. Draw a middle line, dividing in half the short side of the rectangle.
3
On the long sides from one end put the thread length. Put points and connect them by a thin line. From the point of its intersection with the middle line put in both sides of the size equal to half the internal diameter. Do the same on the short side, which is the beginning of the thread. Connect pairwise the points obtained thin lines. The drawing must specify both the diameter of the thread.
4
This method is used when drawing projections, which have fasteners visible cylindrical rod. Other projections can be depicted, for example, the head of the bolt or screw. Draw a hat of the desired shape, and then determine its center. Put in this point the needle of a compass and draw a circle whose radius is equal to the outer radius of the thread. Do a second circle of the same center. Its diameter should be equal to the inner diameter of the thread, which is indicated by a thin line. In the drawing, both the insert diameter. The line drawn inner circle is usually not closed.
5
The thread can be internal. Draw the opening on the respective projection parts. As in the first case, on some projections it will look as a rectangle, other times as a circle. The thread just has two diameters, the inner will be more external. Draw a cylindrical hole in the shape of a rectangle. Its width corresponds to the outer diameter of the thread. Swipe the middle line in the same way as in the first method. From the intersection points put in both sides of the size of the inner radius. The same periods of put and the beginning of the thread. Connect pairs of dots with a thin line.
6
On the projection where the hole should look like a circle, draw a circle of appropriate diameter and draw a circle around it. From the same centre sweep a thin line of a second circle whose radius is equal to the internal radius of the thread.
Note
Learn to read the labels. It consists of letters and several digits. The letter denotes the thread. For example, M — metric thread. This is followed by the designation inner diameter. A major step is not indicated, and the size small is put after the "x" icon. Left thread is marked with the letters LH.
Is the advice useful?
See also
Подписывайтесь на наш канал