How to win at slot machine "Strawberries"

Gaming machine – a tool that brings fortune to its owner. Initially it is designed only for the losses of players. You can certainly win, but it was a small amount. Win a really large sum is possible only by reprogramming the software. It is to replace the chips for chips with embedded code is a special bookmark in the firmware. 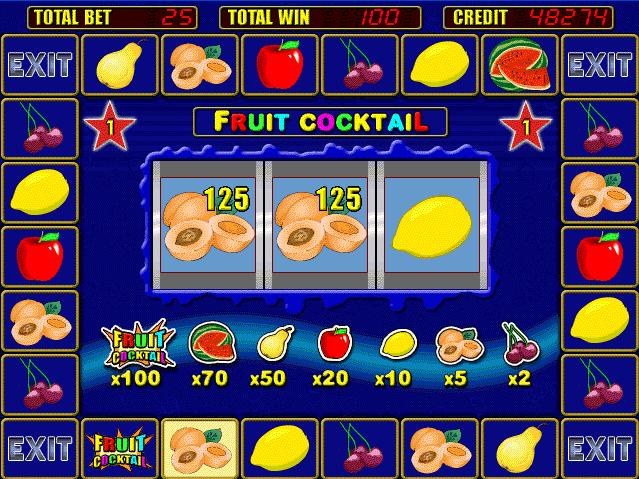 Related articles:
You will need
Instruction
1
Slot machine Klubnichka (Fruit Cocktail) – one of the most popular in Russia. It is set in almost every gaming establishment. The rules are simple, but if you know some tricks, and you can win some money.
2
Click on START to start the game. In this case, your balance must be above zero. Wait until the reels stop, which will determine if you won or lost. Usually in the machinee "Strawberry" has five reels and nine pay lines. The winnings are summarized for all lines. The multiplier rate depends on the number of similar symbols in one line.
3
Choose the double game, if you win - this will greatly increase game balance. The picture "Cocktail in melon" can take any value – it performs the function of a Joker.
4
Take the money or choose the double game, if you are in a winning situation. You will see 5 cards. Guess that is more the dealer at face value. If you have to perform this task, you are a winner, if not, the winner is the dealer. If the cards are equal and you and the dealer, then play again. Play with the dealer then, or take the money.
5
Play the bonus game named "Strawberry". You will see three reels around the screen which there are various cards with pictures. Each picture has its own value. The pictures at great speed moved light. As soon as the reels stop, the light will begin to move slower.
6
You win in the bonus game in the case that the picture, which was stopped by the light, will be on the drum. If the reels two or three similar symbols, your bet is doubled or tripled respectively. Your attempts to play the game decrease if the light was in the picture "the Exit."
7
Surefire ways to win in slot "Passion" is to reprogram it or crack using special universal key. A way of reprogramming based on the fact that after the game, according to the above described algorithm is activated more generous regime, amounting at times to several hundred percent cash.
Is the advice useful?
Подписывайтесь на наш канал