How to organize a strike

Strike sometimes is the only way to achieve "mutual understanding" with the leadership that ignores the wishes of its employees. According to the Labour code (hereinafter - TC), the reason for this action may be delayed or unpaid wages, long working hours, failure to provide vacation etc. the Employer has no right to abandon negotiations with the organizers of the strike. 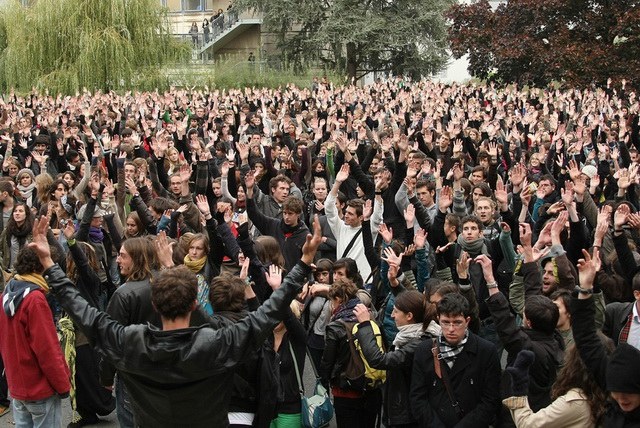 Related articles:
You will need
Instruction
1
The right to strike is enshrined in article 37 of the Constitution as a legal means of protecting their rights and interests. Moreover, article 415 of the TC says that the dismissal of workers involved in this collective labour dispute is illegal. Also illegal are forcing the management to abandon the strike. Moreover, for meeting the company's administration is obliged to give the strikers a special room.
2
But before you organize a strike, hold a General staff meeting (at least 2/3 of the team) and form requirements for the administration of the enterprise. Your claim must be clear and specific. For example, to improve safety, to index wages, etc.
3
Pull out their requirements in writing to the employer that they have legal force. Wait for his answer. He is obliged to answer within three days.
4
In case of refusal to make concessions, organize a conciliatory Commission of representatives of the employer and employees. She must within five days to settle all your differences. If reconciliation failed, the settlement of collective disputes handled by a special mediator from the Ministry of labour. In the case where it is also, between the warring parties signed the so-called Protocol of disagreements. To resolve the conflict also involved an employment arbitration.
5
If the conflict is not settled, hold a General staff meeting and announce the long-awaited strike. She must vote in at least half the audience. All the data of the meeting let the record show.
6
10 days prior to the strike to warn the employer about her conduct in writing. What are the date and time of the beginning of the strike, the estimated number of participants and duration. By the way, the law does not specify how many person can take part in the strike. This can be as a whole team and one service or Department.
Note
Pay attention to all the legal details of the organization of the strike, otherwise it may be considered illegal and the strikers will lose their jobs.
Useful advice
Also note that not all categories of civil servants are allowed to strike. They are banned for military, law enforcement and the FSB, emergency physicians, i.e., those concerned with the safety of people, protection of their health and vital interests of society.
Is the advice useful?
Присоединяйтесь к нам
New advices