Why do we need spelling rules prefixes

The possession spell determines the level of literacy. This aspect has a significant impact on his professional image. The rules of spelling Russian language cover topics such as the roots with alternating vowels, fused and separate writing "not" with different parts of speech, vowels after Sizzling; combined, separate and define spelling words and rules of spelling consoles. 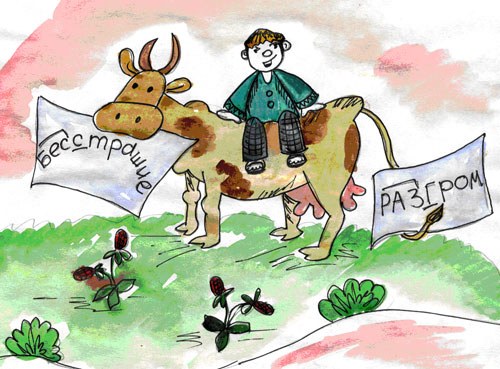 Related articles:
Rules for spelling, prefixes are needed not only in order to regulate the correct graphic design of the words. In some cases, a particular writing prefixes can affect the meaning of the word. For example, to "abide" means to remain in any place for a long time, and "to arrive" - to travel anywhere.In addition, the prefix can help in "decoding" the meaning of the word. So, the prefix pre - attached importance to the high degree of quality or action and can be replaced by the words "very", "very" (for example: propriety, totally rad, to succeed). In other cases, the acquired value is "through", "differently", like the prefix re-(e.g.: to break, to turn). The prefix in-, in turn, can create a meaning of spatial location (e.g. coastal, school); the addition of, approaching, accession(for example: to attach, nail, adjoin); incomplete action (e.g.: to open up, to suspend), bringing action to the end (for example: to invent, to cook), an action in someone's interests (for example: to hide, to conceal).Phonetic peculiarities of the language also influenced the spelling of the consoles. The choice of the consonant "s" or "z" in console without/the demon-who-/voz-, VZ-/vs -,/is-, bottom-/ine-, raz-/RAS - dependent on the subsequent sound. They are written with the letter "z" before vowels and voiced consonants (b, C, d, e, f, h, l, m, n, p) with the letter "s" in front of deaf consonants (K, p, C, t, f, Kh, TS, CH, sh, shch). Example: deadweight – formless, isranet – to scare, push – open.However, you must remember that the prefix s - is always the same, regardless of whether it is windowless or a voiced consonant (for example: make – to stesti, cross – raking).Rules of spelling prefixes also govern the transfer of graphic words of foreign language prefixes post-, sub-, super-, dis-, counter-, TRANS-, post-, pan-. In these cases, the root begins with a vowel "and", unlike the spelling of words with Russian prefixes instead of "and" is spelled "y" (for example: to find, to play along). The exceptions are the prefixes inter - and extra-after which remains, "and" (e.g., most interesting).
Is the advice useful?
Подписывайтесь на наш канал