How to verify a military ID

Russian citizen called up for military service, exempt from military duty or discharged, a mandatory order is issued to the military ticket. Unfortunately, not all get it legitimate. There is a need to verify the authenticity of such documents. 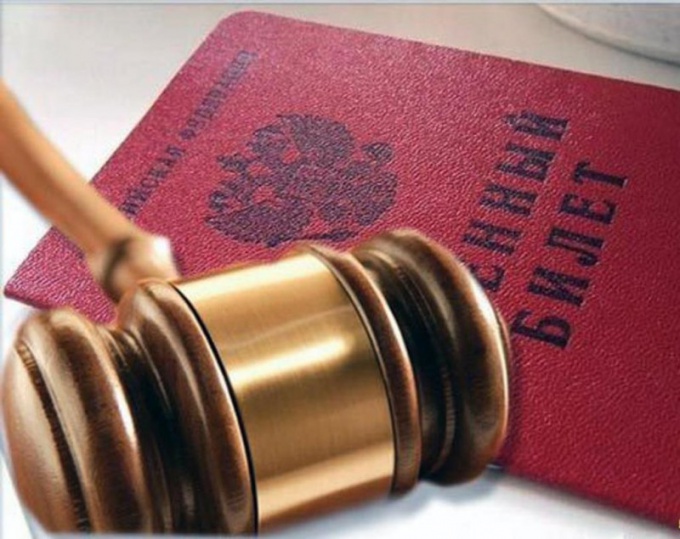 Related articles:
Instruction
1
Check account military tickets at the office. It is a document of strict accountability, and the lack of information that the owner gets personally by hand, gives reason to believe that such a ticket invalid. If the military ticket obtained in any other way, the person will be enrolled in the military as a citizen subject to conscription.
2
To verify the authenticity of the military ticketand only in the precinct where the citizen consists on the military account. Write the application addressed to the military Commissioner about the results of the decision of the draft Board made previously. Or send a request for the extradition of the military ticketand registered mail with delivery notification. If we receive a response that the ticket was issued earlier, then it can be considered authentic. Any other response would mean the opposite. A copy of the decision of the draft Board must be sent within 10 days from the date of receipt by the Commissioner of the application.
3
Look at the record in the military ticket. E. if possible, compare them with the marks in the personal file of the citizen unfit for military service or removed from the military account. It should not be any corrections, inconsistencies and inaccuracies. It is also unacceptable the lack of individual sheets. Upon detection of such violations in military ticketAh citizens inform the military enlistment office for appropriate action. During the temporary withdrawal of the military ticketand the owner shall be issued a receipt.
4
Report details military ticketand military Commissariat, to do the verification of the registration information. There is a possibility to identify a fake military ticketif the serial number is listed as destroyed. In some cases, check archival records in the military where he served the owner of the document.
5
Order your technical and forensic expertise, which can be used to set the method of manufacture of the ticketand the authenticity or reproduction of signatures and imprints of stamps or seals.
Is the advice useful?
See also
Показать еще
Присоединяйтесь к нам
New advices