What is a private

Each section of a scientific or practical knowledge uses its own set of concepts and definitions. They are necessary for us to make a more comfortable understanding and using the various phenomena or actions described with these terms. "Private" applies to such terms used in the description of one of the four elementary mathematical operations. 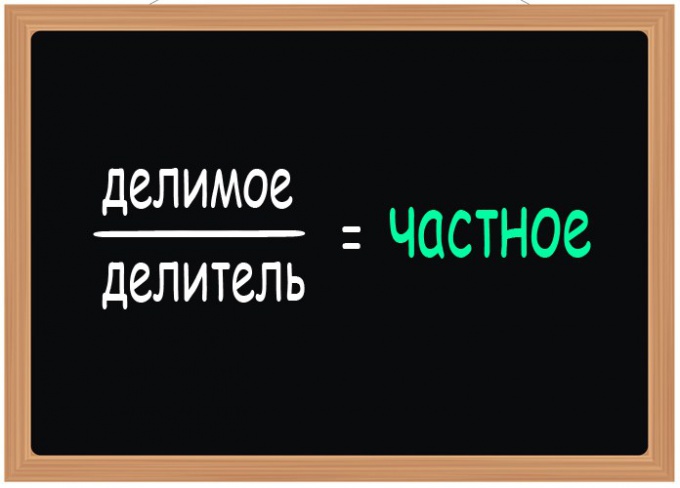 Related articles:
Instruction
1
To distinguish from each other involved in the mathematical operation of dividing number, they are assigned their own names. The definition of "private" refers to the result of this operation, and the other three involved in the action component designated as the "numerator" (the number of which is subject to division), the divisor (the number dividing) and "balance" (the product of the fractional part of the private divisor). For example, if you integer divide the number 48 on 5 private be 9, the sample is 48, the divisor is 5, and the modulo – 3.
2
If the operation contains one or more variables, then the quotient is not necessarily an integer or a fractional number, it could be a mathematical expression. In the General case can be considered private, everything after the equal sign in the identity, the left of which is the operation of division. For example, when dividing expression 6*x2+12 3 private is the expression 2*x2+4.
3
Sometimes instead of the term "private" used the designation of "attitude". For example, if you call the result of dividing 48 by 5 in either of these definitions, it will be equally right. More often, however, the term "respect" applied to the left side of the identity, that is, to have not performed a division operation, and "private" are called the right part, that is the result.
Note
The word "private" is used not only as a mathematical term, there is another widely used concept, referred to by the same. Often this word is used as adjective in order to emphasize the juxtaposition of individual units of a common whole - for example, "personal opinion". In law the concept of "private" is equivalent to the concept of "non-state" - e.g., "private property" or "private law".
Is the advice useful?
See also
Подписывайтесь на наш канал