How to roast tomatoes

Fried tomatoes is not the most common dish. Most often it is used as a secondary ingredient in other recipes. From how fried tomatoes, and will depend on the taste of the resulting product. 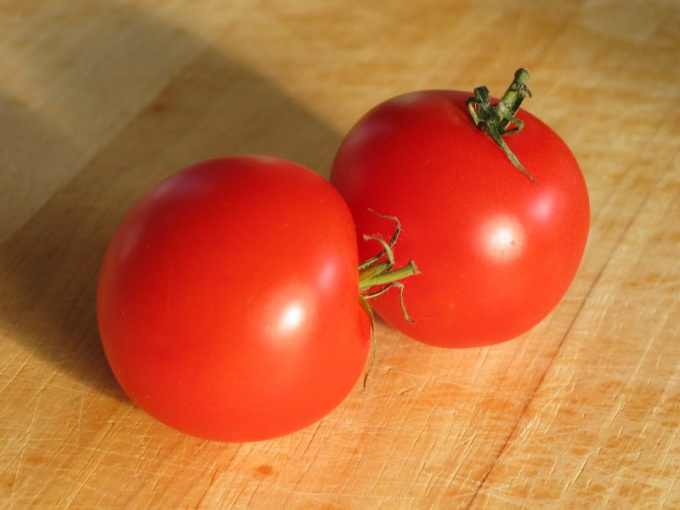 Related articles:
You will need
Instruction
1
Collect ripe fruits and wash them, cut out damaged part, if any, and the place where the peduncle was attached. You can use green fruit, but they will be tougher and not as sweet as red.
2
Those who do not like the peel, you need to clean off it with tomatoes. To do this, on top of the tomatoes crosswise incision with a knife with a width of 1-1.5 cm, after which the fruit for 5 seconds, place in boiling water. Take them out of the pan and rinse with cold water. From the temperature difference between the peel will become soft and will only have to clean up her by slipping over the edges at the incision.
3
Before you fry the tomatoes, you need to understand what consistency of food I would like to get a result. This affects the amount of slicing tomatoes. For more flavor, it is best to cut the tomatoes slices, then how to obtain the sauce, or Lecho are more suitable dicing.
4
If you want to get more dried vegetables, after peeling, it is desirable to remove the seeds and pulp from the middle, the most saturated with moisture. In this case, are fried only the fleshy wall of the tomato.
5
Chopped tomatoes, place them in a pan with hot vegetable oil, season with salt, if desired, you can add dry spices.
6
Fry slices on one side, flip them to the other. In the preparation will inevitably stand out juice. In the case when the tomatoes are fried in a pan without a lid, it will gradually evaporate. Under the hood, the tomatoes will turn out more juicy.
7
Cooking time depends on the amount of products and from what degree of softness of the fruit want to get. But to fry the tomatoes for too long just doesn't make sense: such a crust, like fried potatoes, tomatoes, impossible to obtain in principle.
Useful advice
Directly before turning off the fire add to the pan a bit of dill or parsley.
Is the advice useful?
Подписывайтесь на наш канал