How to refill cartridge of the laser printer yourself

Modern laser printer provides high quality quick printing and low cost of printed pages. But when you print the toner is gradually consumed, and one day before the printer owner is faced with the task of refilling the cartridge. 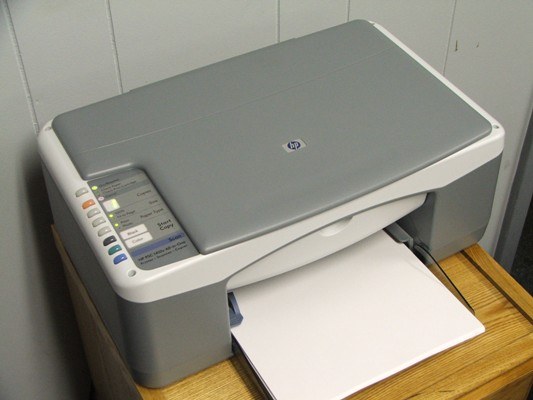 Related articles:
Instruction
1
Despite the difference in construction of cartridges for printers of different models and manufacturers, the General principles of the filling remain the same. Before starting to refuel lay on the table a newspaper, prepare a dry cloth for wiping the print cartridge from spilled toner.
2
Refill cartridge laser printer not only includes the filling of the toner, but the cleansing compartment for garbage – it get lint from paper, dust, some amount of toner. But if your cartridge is refilled the first time, compartment garbage can during the first filling is not cleaned.
3
Remove the cartridge, put it on the table. Protective shutter covering the photosensitive drum, sometimes shoot, but with careful work this can not be done. Take the pliers and carefully pull out of their sleeve, attaching the photosensitive drum. Careful to remember the order of disassembly. Then gently pull the spring-loaded halves of the cartridge, slide the cover and remove the gear for the photosensitive drum. Wrap it in clean cotton cloth and place in a dark place – the drum cannot be kept in the light.
4
To clean the hopper debris must disconnect the spring-loaded halves of the cartridge. They are joined by two pins. Sometimes these pins can be covered with plastic, in this case on their site shows a small plastic protrusions that must be carefully cut off so that the pins could hold small cutters or pliers. In some cases the pins can be knocked out inside of the cartridge, and then, after separation of the halves to extract.
5
Examining the cartridge, do not touch with your fingers the surfaces of the rollers, handle only at the ends of axes. A waste bin is located in the half of the cartridge with the handle. To remove debris you need to remove the rubber roller (located under the removed photosensitive drum), and then remove the screws holding the squeegee – metal plate with attached soft plastic transparent strip. Removing the squeegee, gently shake on a sheet of newspaper contents of the waste bin through the slit, roll up a newspaper and send it in the trash. Assemble the parts of this half of the cartridge in reverse order.
6
The toner hopper is in the second half of the cartridge. On one of the ends of the halves there is a screw under the cross - Unscrew it, remove the lid, while holding the tone-shaft, that he fell out. It covers the slit through which toner is supplied. Under the cover removed look for the plastic tube. Open it, under it is a hole for filling toner.
7
The toner fell asleep, never fill the hopper to the end – in this case, the cartridge may become unusable. Always leave at least some free space. Enough to fill the empty tank of a standard bottle of toner. Re-insert plug and reassemble the cartridge in reverse order.
Is the advice useful?
See also
Подписывайтесь на наш канал