How to define a lead-in

In our speech in the structure of sentences can be words, combination of words and syntax, which is correlated with the range in meaning, are not members and are not associated with other words, neither coordinating nor subordinating relationship. According to the linguist A. M. Peshkovsky, they are intrinsically alien to "host proposal". Among such complicated sentence structures are introductory words. 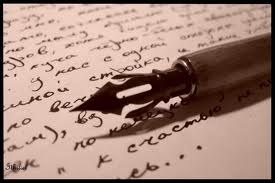 Related articles:
Instruction
1
Introductory constructions are words, phrases and sentences that are used to Express evaluation of the message by the speaker. They are not part of the proposal, do not perform syntactic functions, i.e., they are constructions, grammatically unrelated to the sentence itself. Since the same word can be used as introductory, and as usual parts of the sentence, then their distinction, consider the following.
2
- No introductory word, neither from him can not put the question, and homonymous part of the sentence this question allows. Compare: "To his delight, brother did not take offence, and To his joy it is impossible to remain indifferent". In the second example, the design of the "to his delight" answers the question "why?" and is a Supplement.- To introductory words and homonymous members offer you can pick up synonyms, but they are different. Compare: "He seemed in love" and "his Face seemed tired". Synonymous with the replacement of the sentence may look like this: "He apparently fell in love" and "his Face looked tired".
3
Identify introductory words on morphological grounds. Most often they are expressed by special words that perform only the function of woodnote, for example: so, please, apparently, however, therefore, firstly, etc. as such words are adverbs. Introductory words can be expressed as:- nouns, usually in combination with a preposition (without a doubt, unfortunately, in particular);- substantialbye adjectives (most importantly, at most);- adverbs that can be used as an independent sentence (on the contrary, at last, true);- verbs in spraguea form (sorry, you see, of course);- verbs in the infinitive form the infinitive or as a combination (by the way, I confess, to know);the adverbial participle with dependent words (to tell the truth, in other words).
4
Identify introductory words at their value (category). With introductory words the speaker evaluates the statement from different perspectives:- assessment of degree of reality to announce: confidence, a suggestion, a possibility ("Short hair, it was obviously just combed it."); - the expression of feelings in connection with the message ("fortunately, the rain soon ended."); - an indication of the information source ("It was, according to old residents, in the forty-sixth".);- an indication of the order of thought and their relationship ("first, I'm very tired, and secondly- was annoyed about this state of Affairs."); - an indication of the methods and techniques of design thinking ("in short, everything went well."); - the expression of appeal to the reader or interlocutor to attract his attention ("you see, He was the eldest in the family."); - expression of expressive utterances ("I have lived, it's ridiculous to say next and didn't notice.").
5
Introductory words can stand at the beginning, the end and in the middle of a sentence. Accordingly, they are allocated with commas either one or two sides. The delimited signs remind about the special intonation, which are pronounced the introductory design. It involves pitch, faster speech rate, using pauses and a lack of emphasis on such words.
Note
Introductory words as the elements of offer, can join unions. "In these cases, as he said, he was a skillful lawyer."
Useful advice
Some introductory words similar in meaning to the conjunctions: but, however, therefore, thus, etc. In this case, they Express the relationship between sentences or parts of sentences. "I fell asleep at midnight. So, for two hours the earth has changed".
Is the advice useful?
See also
Присоединяйтесь к нам
New advices