There are many recipes for vegetable salads and each has some special feature. In this recipe instead of the usual sauerkraut is used sea. In the end, the salad turns out delicious and very useful. 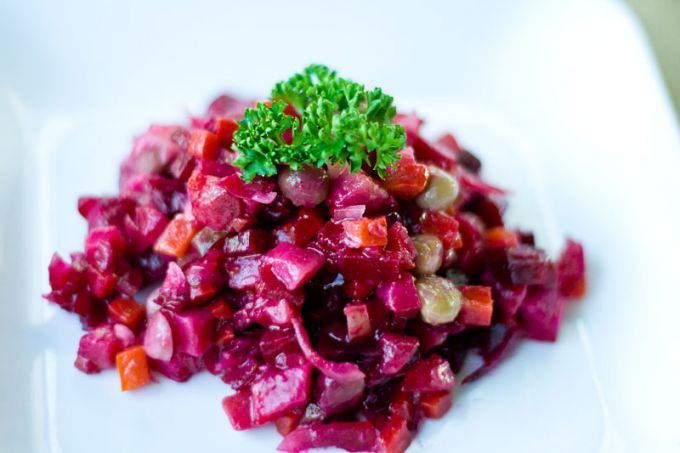