How to propagate currant softwood cuttings

Even novice gardeners know that planting currant cuttings is one of the easiest ways of its reproduction. It is perfectly suitable for all types of this shrub, including various hybrids: black, red, white, and Golden currant and yoshta or chrome. However, despite the simplicity of this process, each case has its own nuances. 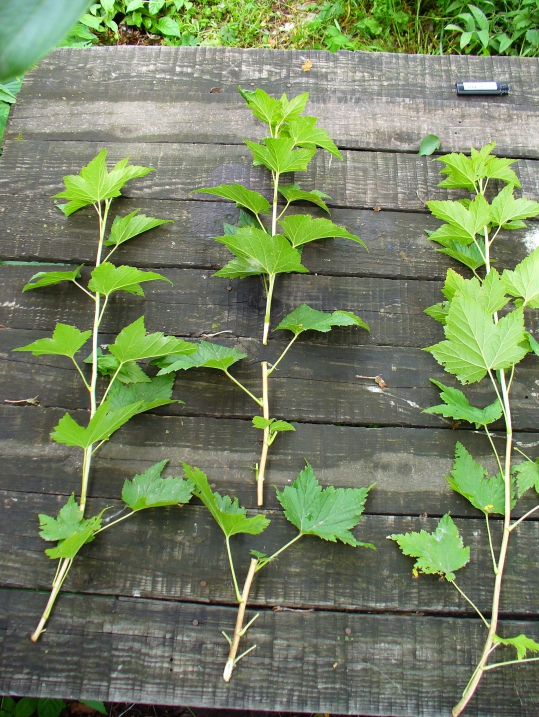 When to plant currants

The first question that confronts gardeners is the issue of timing of planting currant: spring or fall? This question is handled depending on the type of cuttings used.

It is known that red and white currants are best rooted green cuttings, i.e., not fully lignified basal shoots of the current year, and shoots the second level, complete the growth phase. Using green cuttings of red currant, you will be able to fully formed daughter plants the following year. Reproduction green cuttings are used, depending on the varieties of berries and region of growth in the period from June to August. Please note that too early for cut off the stalks when planting will rot rather than root, so the willingness of shoots for cuttings it is best to keep individually for each uterine currant Bush. However, this method is suitable for currants and for yoshta.

Especially good this way in cases where the mother material is available in limited quantities, you need to quickly propagate a rare sort of shrub, as well as in the industrial cultivation of plants. But such reproduction of the bushes you'll need additional tools, such as greenhouse film frame with specially prepared soil – the liquor, and spraying. Ideally, if the greenhouse is equipped with a device to spray water, that it was possible to create an atmosphere of fog, without lifting the tape.

Preparation of cuttings of currants for planting

For reproduction of black currant softwood cuttings at the nursery Bush choose healthy, smooth, more flexible basal shoots or branches of the first order branching, slightly woody at the bottom. These twigs should bend without breaking. In hot and Sunny weather all of the procedures performed in the morning, rainy all day. The cut stems can shears and for cutting the planting material is better to use a sharp knife to avoid damage to the conductive tissue of the plant.

For the formation cuttings escape is divided into segments, including three of the sheet with the kidneys. The lower section of such cuttings make oblique 0.5-1 cm below the kidneys, upper cut left straight, also a centimeter above the kidneys. The bottom sheet is removed, leaving the kidney and the upper two are pruned by half to less evaporation. The top Bud of escape is not used, so it is cut in all cases. Can you withstand the cuttings 12-24 hours in a solution of rooting stimulator, for example, of the "IAA" or "Cornavin", immersing them in the lower part of the 2-3 cm, or dip the bottom cut into a powder of the same drug. Immediately after the currant cuttings are planted in the greenhouse.

How to prepare the substrate for cuttings

Currants, both black and red, likes slightly acidic or neutral soil with a high content of potassium. Therefore, if the soil at the alleged landing site acidic pH of 5.1, add to the mixture a half-liter jar of ashes or a glass of crushed egg shell and a tablespoon of potash. Greenhouse-nursery should be located in shading area, and if not, sprouts have to protect from excess sunlight, coating the film on top with mortar or covering with gauze.

For green currant cuttings in the greenhouse-nursery dig the ground with a bayonet spade, carefully loosen, mix in equal parts with humus or peat. Top off with a mixture of coarse river sand and peat, in equal shares, of a thickness of 3 cm, well pour. Plant the cuttings in rows so that their leaves do not interfere with each other, at a depth of 2-3 cm, at a distance of 10-15 cm from each other. To strengthen the immune system and better adaptation of seedlings, you can spray them with a solution of the drug EPIN-Extra". After planting all the cuttings, and close the greenhouse.

How to care for cuttings of currants

During the first weeks in the greenhouse needs to maintain 100% humidity and substrate. To do this, hold the closed spraying the whole greenhouse volume five times a day, if possible creating a fog. The first roots will form in 7-10 days, but by 4 weeks there will be the formation of a sufficient root lobe.

After 10 days of detention in "the fog" cuttings need to start to temper and excessive humidity they have can damage. This greenhouse is open to the airing of the first 10 to 15 minutes a day. If the seedlings are feel good, they are transferred to a single watering at the root. If rasterize the first hardening is not like, you can re-spray them "Appin". The challenge for the next two weeks is to get the cuttings to do without shelter in the daytime.

In three weeks, if hardening was successful, conduct root fertilizing with nitrogen. After 4 weeks after planting, rooting of seedlings of currant transferred to the rearing in the school, where they remain until the following spring.

How to grow planting material of black currant

The roots of green cuttings are very fragile, so transplant them from the greenhouse to the new needs with the utmost care. To prepare a suitable substrate in the school, dig a trench in shading part of the garden to a depth of bayonet spade, garden soil mixed with peat and river sand in equal shares, if necessary add a deoxidizer. The mixture should be very loose and well-structured. The resulting mixture is filled to the trench as the soil is not compacted.

Then use a tablespoon rooting of cuttings removed from the greenhouse together with the substrate and transferred carefully into the trench, placing them vertically at a distance of 20-30 cm from each other. When all the cuttings are moved so they are very careful not to damage the root tip, poured the remaining mixture to the bottom of the sheet. Land mechanical seal is not necessary, just sprinkle the seedlings at the root. If the substrate settles too much, add as needed garden soil. Then multiroute the new 3-cm layer of dry compost or spent mushroom substrate.

Aftercare for seedlings currant is to maintain soil moisture and timely culling dead plants, which unfortunately in such cases is inevitable. In September, when the cuttings are completely travelnet, feed the seedlings potash fertilizer. Next spring they can be planted in a permanent place.