How to rejuvenate a shrub of black currant

It is not necessary to remove the old bushes of black currant, uprooting them is very time-consuming work. The shrub can be rejuvenated again and he will thank you with a delicious crop of berries. 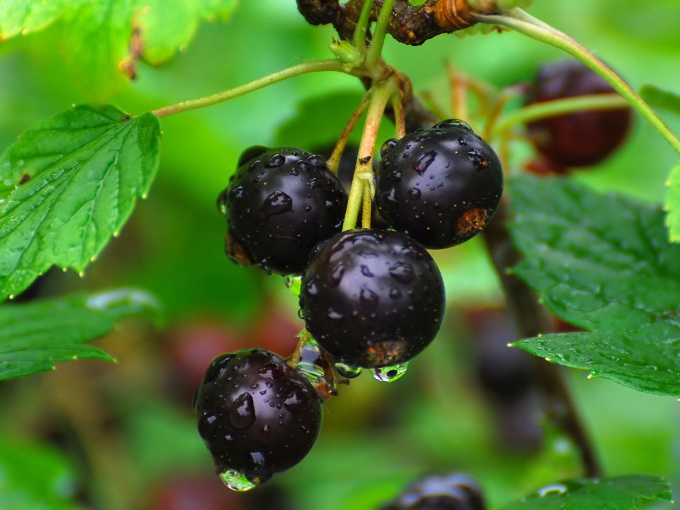 Related articles:
Instruction
1
Rejuvenation of black currant necessary if:
- Bush has accumulated a variety of diseases: aphids, lichens, mites;
- abundant Bush overgrowth, which interferes with neighboring plants;
- improper formation of the Bush.
2
In late autumn, before the first frost, you must dig the ground under a Bush on a bayonet spade. All the garbage that has accumulated under the branches, you need to collect and burn. This will help against pests that wait out the winter in the soil under the plant.
3
In the spring, when dry and clear weather, fully prune the whole Bush, leaving a stump of 2 cm from the ground. Branches to burn as they have accumulated a sufficient amount of diseases and pests. It is important to trim the Bush until it is SAP flow. After some time, when the ground is well warmed up, you need to make in the soil of any nitrogen fertilizer.
4
In the summer the Bush will begin to rapidly grow, forming shoots. Visually selecting 3-5 of the strongest shoots and leave them on the Bush, remove all others. On the ground remove all existing weeds after soil application of nitrogen, their growth is markedly increased. The soil can be filled stale sawdust, humus or dry grass without seeds.
5
For the whole summer currants watered 3-4 times. For the first time in the estimated period of its flowering, to understand this, we can focus on adjacent bushes. It is very important not to miss this time, as Bush laid the buds for next year.
Subsequent watering should take place every 3 weeks. Berries in year of pruning, of course, should not wait, but next season currants will yield an abundant harvest.
6
In the fall to make soil humus and complex fertilizer, and again in spring nitrogen. Summer need to re-write 3-5 good his escape, and the rest as their growth to cut. For 4 year after rejuvenation again to remove dry and broken branches. Further, the currant requires usual care.
Is the advice useful?
Подписывайтесь на наш канал