What you need for eyelash extension

Long beautiful eyelashes make your look expressive and inviting. Today, their volume can be increased not only through the carcasses, but thanks to the efficient procedure of eyelash extensions. 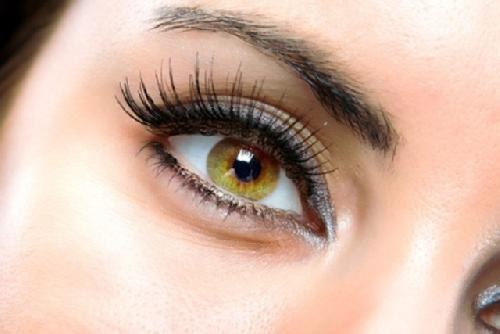 Increasingly popular, this procedure is gaining because of the convenience, tangible result in short time, safety, painlessness and due to the fact that the lashes hold for a long time. The cost of this pleasure is not too large.

Before starting the procedure, you need to remove mascara from the eyelashes, to degrease them. For traditional building uses beams of several artificial cilia: they are glued to natural. Is this method of building for about an hour, the effect lasts from weeks to months. But there is disadvantage of this method: if fall out one eyelash, with her a bunch.

A more practical method – according to Japanese technology: the lashes are glued one by one. The procedure is laborious, long (lasts two to three hours), but extended by this method, the eyelashes about a month look amazing, and the whole kept for up to three months.

Adhesive for building use special manufactured in resin based, two colors – black and colorless. On the outer corners of eyes are glued eyelashes longer, for the highest point of the century meant a shorter. So get puzzling, expressive eyes.

Through capacity can according to your desire to change the shape of the eye: lift, extend. If long lashes placed on outer corners, eye shape becomes more elongated. If the corners of your eyes lowered, you may bend the ends of extended lashes to lift them.

The effect will be persistent for about three months, subject to the correction of the eyelashes once every two to three weeks. Then, you will again resort to capacity. But constantly doing this procedure is not necessary, it is recommended for two months to give rest to your lashes, so they are not thinned. Well during the break to reinforce their regenerative drugs.