How to play on aircraft carriers in World of Warships

Aircraft carriers represent a separate class of ships in World of Warships and is represented by two countries: Japan and the United States of America. Carriers, having a huge impact force, can solve almost single-handedly the outcome of the entire battle. The tactics of the game on an aircraft carrier is fundamentally different from the tactics of the game on other ships, such as destroyers, battleships and cruisers. If to draw an analogy with the game of World of Tanks, an aircraft carrier is a kind of ACS, but with the ability not only to destroy the "illuminated" by opponents, but also to conduct reconnaissance and to detect the enemy. 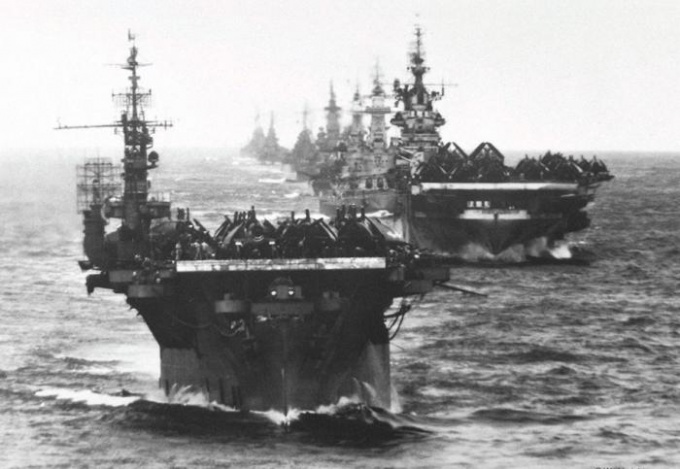 How to operate an aircraft carrier in battle

Tactical component carrier is air strikes at long range and detect the enemy early in the fight. Since the carrier does not have sufficient artillery, to sail ahead to the enemy is meaningless. You should place the carrier as far as possible on the battlefield. Though the ship has a significant air defense forces, it is better to seek the cover of allied ships. Fast destroyers, breaking to your vehicle, can cause him great damage and will prevent the departure of aircraft from the upper deck. 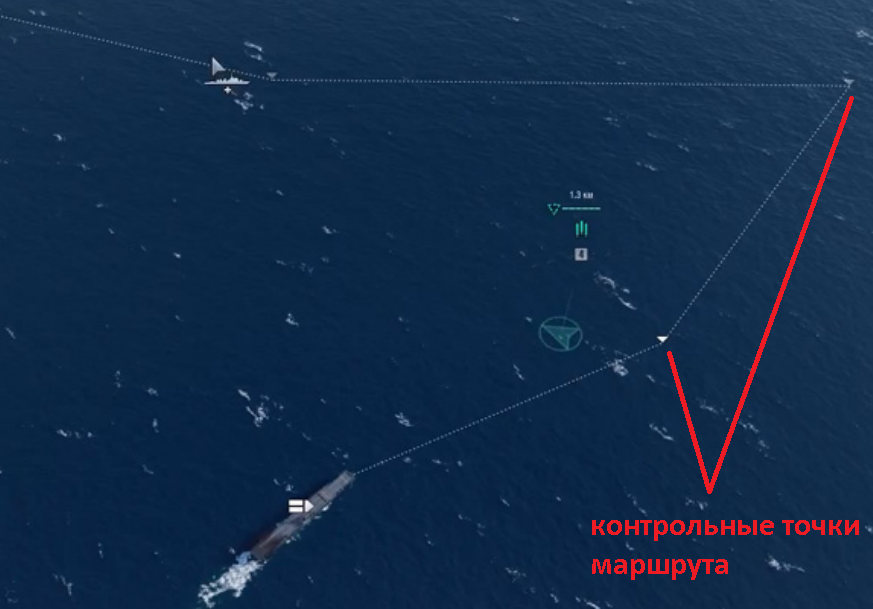 Managing carrier as a ship, is no different from managing other ships. By choosing the carrier, go to the battle mode from "above". Click the LMB in the right square of the battlefield and freely go. But it's much better to use to travel complex routes. It can confuse the opponent, if he finds you. To build a "curve" route of the vehicle, you must hold down the Shift key to specify the point on the map, through which will pass the path of the carrier.

How to control the aircraft in World of Warships

The main armament of the aircraft carrier squadrons are located on it. Squadrons are divided by types are in their planes: fighters, bombers, torpedo bombers.

The torpedo and bombing planes occurs according to a similar principle. There are two modes of attack bombers and torpedo bombers: automatic and manual.

In automatic mode, selecting a group of planes and putting the LMB on the target, they will go to attack the ship. At the same time around the goal is indicated by a dotted area in which the aircraft will continuously attack the target. Appeared the arrow indicates the direction in which the torpedo will take a course for a purpose. Rate time can be changed by pressing the RMB on the arrow and dragging it around the circumference. The bar indicates the presumed course of the torpedoes and their variation. The automatic variant of the attack is not only suitable for beginners. If the carrier is under fire of the enemy, this attack is the fastest. 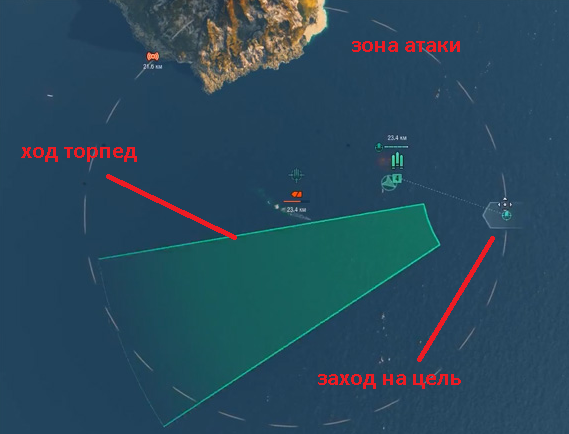 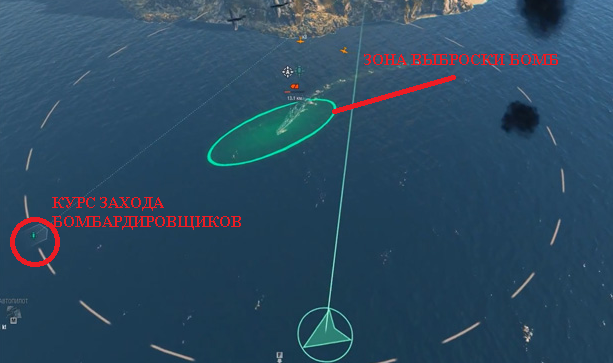 In order for the fighters guarding the bombers and torpedo planes, it is necessary to choose a group of fighters and point the paintwork on the Federal group of aircraft. The fighters will join the battle only when the enemy will attack bombers or torpedo bombers.

For direct air combat, you must select a group of fighters to specify the LMB on the enemy squadron.