How to make a Protocol of the meeting

The outcome of the meetings require documentation in the form of protocols. In the preparation of this document it is important to reflect the basic essence of the discussion, presenting all the discussion as limited as possible. 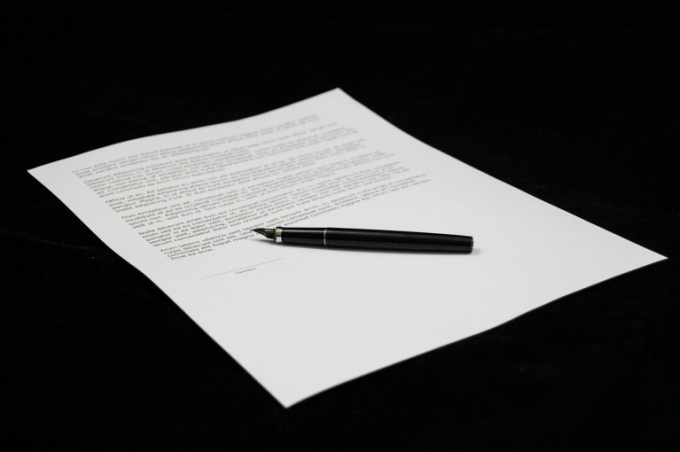 The minutes shall be prepared after the meeting the Secretary of the meeting, who must either take notes during the discussion or voice recording. The second option is most optimal for the resolution of possible disputes.

This block of information includes a title, location (city, date, time of meeting, list of those present. the Title is the name of the meeting. For example, the meeting of the working group on personnel matters. Block the date and time you specify information about the directly held a meeting, not the date of signing of the Protocol.

If the meeting is held constantly operating structure (Board, working group, etc.) in the General information indicates name of the permanent Chairman and Secretary of the meeting.

When making the list of persons present, specify job title and place of work invited. This block of information begins with the word "Present". In that case, if the meeting provides for voting, it is present in the Protocol are divided into two groups – with the right to vote and without the right to participate in the vote.

The agenda of the meeting

The agenda of the meeting is formed prior to the meeting. However, there are exceptions, for example, in case of urgent meetings. This block lists the issues of the meeting without indicating the speakers and the regulations of the reports. Even if the meeting is called to discuss one issue, he loses in the title of the document, and is issued in the form of the agenda.

Depending on the rules of speech, the presented agenda can be approved automatically or submitted by the Chairperson to the vote. In this case, the discussion begins with the question of the adoption of the agenda of the meeting. If there are no objections, then in the Protocol this decision is made in the following way: "the issue of the agenda put to the vote". The following are the results of the voting: "Vote: for – (number of votes) against – no abstained – no.

The largest block of questions is allocated to reflect the discussion. Each issue of the agenda shall be put in a separate block, starting with the formulation of the agenda. This is followed by the progress report, which shall be in the following form: "Listened to: (full name of speaker)". Experienced recorders are advised not to take shorthand notes of speeches, and leave the General meaning that can be expressed in a few sentences. If it is important to keep the greater part of the report, it is possible to bring the points of the speech or excerpts from the presentations in the Annex of the Protocol by making a link to it in the text of the document.

The same applies to the reflection of the discussion. If several speakers follow the same point of view, their speech is allowed to issue as follows: "Made by (name of speakers), which supported the Rapporteur's opinion".

The result of each question should be formulated as a solution. It should be prepared in draft decisions or formulated by the participants of the meeting during the discussion. Decisions are made in the form of specific wording that needs to be presented clearly and accurately. Solutions for purely informational speeches may be taking note of the participants of the meeting.

If the meeting involves voting, in the Protocol after each question should be given the results: "the Decision was made unanimously", "the Decision was taken by majority vote", "Decision pending".Similar notes should be made in cases where questions are removed from the discussion migrated to another meeting or are not considered due to the lack of Rapporteur.

At the end of the Protocol signed by the Chairman and Secretary and, if necessary, the seal of the organization, sosuave meeting.